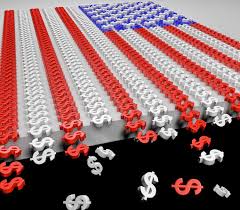 This article originally appeared on The Conversation.

While President Donald Trump and his fellow Republicans have long decried illegal immigration and proposed remedies like the wall and mass deportations, they have traditionally favored the legal kind, partly because their business donors demand it.

That seems to have changed.

In August, the president publicly backed a GOP bill to slash the number of “green cards” awarded each year in half and move the U.S. to a merit-based immigration system.

More recently, he ended an Obama-era program that protected the so-called dreamers – children of immigrants who crossed the border illegally – from deportation. The fate of the Deferred Action for Child Arrivals (DACA) program remains in limbo, however, and the president is negotiating with Democrats on a deal to save it.

As someone who researches the impact of immigration on workers, I believe the GOP plan and ending DACA would both be big mistakes, in part because they’ll make the pool of immigrants in the U.S. much less diverse.
A new system of legal immigration

One of the arguments made to support curbs on immigration is that new arrivals hurt native-born American workers and the economy at large. But in fact, the more homogenous and similar immigrants are to U.S.-born workers, the greater the odds they’ll do just that.

In contrast, immigrants who come from diverse backgrounds with a range of skills – such as the 800,000 dreamers – tend to produce greater economic benefits. That may be one reason at least some Republicans and most Americans are in favor of keeping DACA.

Currently, the U.S. receives a lot of immigrants without a college degree or with imperfect English. About half of immigrants fit either description.

The legislation proposed earlier this summer – the Reforming American Immigration for Strong Employment (RAISE) Act – would exclude most such workers and would reduce the total number of green cards awarding permanent legal U.S. residence to just over 500,000 from more than one million today.

More importantly, it would change who gets a leg up when applying for a green card. Currently, family of U.S. citizens and legal permanent residents, including siblings and adult children, are able to apply. The new system would limit that to minor children and spouses.

It would also end the green card lottery, known more formally as the Diversity Immigrant Visa Program, which awards 50,000 green cards a year to people from countries with low rates of immigration to the U.S.

Instead, the bill would create a point-based system like those used in countries such as the U.K. and Australia that use factors such as English ability, education and job offers to rank applicants. However, it would be stricter than point systems used in those countries, which admit immigrants through other programs as well.

In essence, the plan would make the pool of immigrants more homogeneous and dramatically smaller in number, mirroring the misguided origin-based restrictions from the 1920s.
Value in diversity

While all of these changes – including cutting the overall volume of immigration and reducing immigrant diversity – will make U.S. workers worse off, the English requirement is likely to be particularly harmful to U.S. workers, especially low-skilled ones.

Indeed, I have found the relative fluency of U.S.-born workers is what keeps them from being harmed from labor market competition from immigrants.

The reason for this is the following. Essentially, immigrants with imperfect English skills tend to specialize in jobs that are less “communication-intensive,” such as manual labor. Americans fluent in the language, on the other hand, tend to take on higher-paying, communication-intensive jobs that are out of reach of those without a strong grasp of English. In other words, these groups aren’t likely to compete for the same jobs, making them more complementary than adversarial.

In contrast, when new immigrants are more fluent in English, as the Trump-backed proposal would encourage, the types of occupations they are qualified for are almost identical to those of American workers. Thus, insisting on strong English skills as a condition of coming to America is likely to increase labor market competition and suppress wages.
Immigration that helps

Immigration that emphasizes diversity, rather than merely merit, tends to attract more people who specialize in occupations uncommon among U.S.-born workers. And, in fact, this is the key source of the well-known economic benefits of immigration.

Studies by economists Giovanni Peri and Chad Sparber, for example, show this tendency toward job specialization is a key reason the large volume of low-skill immigration does not drive down incomes of Americans. Other research shows that simply encouraging immigration from diverse origins lifts wages.

There are also other ways reducing the number of less-educated immigrants would likely harm the economy. For example, such migrants make up around a third of the maids and janitors in the U.S., 80 percent of whom say they are not fluent in English. Most of these workers are here through legal means. The RAISE Act’s lower quotas and emphasis on English and other skills would make it harder to fill those jobs with immigrants, and thus mean more Americans would be diverted from higher-paid, more productive tasks into cleaning – or else have to live and work in dirtier conditions.

The Conversation
The bill would also decrease the availability and variety of a broader set of low-skilled personal services, such as child care. Research by business professors Patricia Cortes and Jose Tessada shows a greater supply of such services allows more women to join the workforce in high-skilled positions. Thus, the RAISE Act would likely displace some of our most productive women from jobs and might widen the gender pay gap.