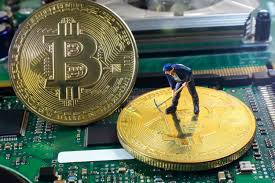 Bitcoin Is Plunging After Jamie Dimon Called It a ‘Fraud’

Speaking at a Barclays conference, the longtime banking exec pulled no punches, calling the cryptocurrency a “fraud.” Dimon also argued that a government crackdown on the digital currency was imminent. “It’s worse than tulip bulbs. It won’t end well. Someone is going to get killed,” Dimon said, referring to the economic bubble that formed around tulip bulbs in the 17th century.

It’s unclear to what extent Dimon’s comments were responsible for Bitcoin’s subsequent falloff. But they certainly added to a bearish mood that’s been brewing since China began cracking down last month on initial coin offerings and, reportedly, cryptocurrency exchanges.

The plunge has been painful for investors who bought into bitcoin seeking high gains. At its all-time high, the value of all bitcoins in circulation was about $ 81.2 billion. Now, it’s $ 63.5 billion.

Still the currency is up over 300% since the start of the year, perhaps owing in part to the euphoria surrounding the digital coin. At CNBC’s Delivering Alpha conference on Tuesday, three of four investing professionals who were asked about bitcoin spoke of younger relatives who were dabbling or interested in the cryptocurrency. The fourth investor, venture capitalist Chamath Palihapitiya, has been long on bitcoin since as early as 2012.

The price of other cryptocurrencies were also falling on Wednesday. Ethereum dropped 8% to $ 269, while bitcoin cash fell 2% to $ 506.