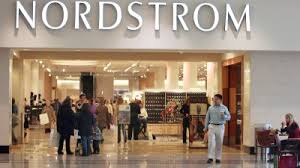 1. Nordstrom sale: Shares in Nordstrom (JWN) were surging by about 10% premarket following reports that the company could soon be taken private.

This comes as the retailer experiments with smaller stores and specialized customer services in an effort to compete with online outlets, including Amazon (AMZN, Tech30).

2. Apple aftermath: Investors will continue to focus on Apple (AAPL, Tech30) after the company unveiled its new iPhone X, iPhone 8 and iPhone 8 Plus on Tuesday.

The big question: Will consumers pay nearly $ 1,000 for a phone?

3. Toshiba deals with Bain: Beleaguered tech giant Toshiba (TOSYY) has signed a memorandum of understanding to negotiate a deal to sell its business unit — Toshiba Memory Corporation — to Bain Capital.

Bain Capital is working with a larger consortium on the deal.

Toshiba is trying to recover from billions of dollars in losses stemming from the collapse of Westinghouse Electric, its now bankrupt U.S. nuclear unit.

U.S. stock futures were dipping a bit, alongside many European markets.

The Dow Jones industrial average, S&P 500 and Nasdaq all gained 0.3% on Tuesday.

5. Earnings and economics: Cracker Barrel (CBRL) will announce earnings before the open on Wednesday.

New data shows the U.K. unemployment rate dropped to 4.3% in the second quarter, its lowest level in more than 40 years.

It’s not all good news: Prices are rising at a faster rate than British wages, meaning workers are feeling poorer.