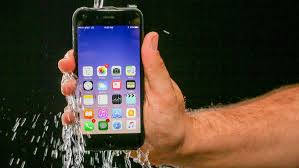 Apple announced its first iteration of the iPhone Jan. 9, 2007 after a year of rumors about the product codenamed Purple during its development. The phone’s secretive creation process meant that the iPhone task force had to forsake most of their personal lives for the project, according to Brian Merchant, author of The One Device.

“The iPhone is the reason I’m divorced,” said Andy Grignon, a senior iPhone engineer to Merchant in the book, with another adding: “Yeah, the iPhone ruined more than a few marraiges.”

Still, those months and years inside the iPhone pressure cooker created one of the most successful consumer electronic devices on the planet. Apple owned about 13.7% of the smartphone market in the first quarter of 2017, putting it in second place behind Samsung’s 20.7%. The iPhone meanwhile has been the main driver of Apple’s growth as a company, accounting for 63.4% of the company’s revenue in 2016.

As the company readies to release its 10th anniversary iPhone with a rumored priced tag of about $ 1,000, it’s clear just how much that struggle has created value for Apple’s shareholders.

Shares of Apple have soared 1,122% since then-CEO Steve Jobs first stood on stage to announce the first iPhone, declaring: “Every once in a while, a revolutionary product comes along that changes everything.” The S&P 500 meanwhile rose about 76%.

But in reality, investors who remained with Apple in that decade would have seen even higher returns than that thanks to the company’s large dividend payouts over the years. Accounting for dividends, the amount paid to stockholders from the company profits, investors who have held on the the stock long-enough have seen their stake increase 13.58-fold.

That means if an investor decided to buy into Apple’s stock the day that announcement was made, investing say $ 100, their stake would be worth about $ 1,358 today. For a stake worth the amount of a luxury car, or about $ 90,000, investors would see returns about $ 1.2 million today.

Despite Apple’s high performance since the first iPhone was released, the Tuesday Apple bonanza is not expected to catalyze an immediate jump in the stock price. As in years past, there have been an abundance of iPhone-related leaks in 2017. With investors already primed on each new iPhone’s design, Apple stock has fallen more often that it has risen on the day of each release since the very first iPhone was announced.