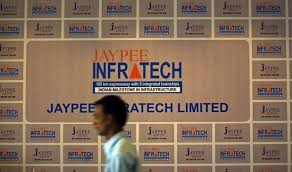 The Supreme Court moved on Monday to protect buyers of homes sold by builder Jaypee Infratech, which is being pursued in a bankruptcy court over unpaid loans, telling its parent Jaiprakash Associates to deposit 20 billion rupees ($ 313 million) with it by Oct. 27.

Many buyers of apartments in a mega township project being built by Jaypee Infratech (JYPE.NS) on the outskirts of New Delhi have paid for them but have yet to take possession. They filed a petition with the court because of worries they would lose their money.

The buyers had asked the Supreme Court for protection as Jaypee Infratech is one of 12 companies being pursued by its lenders under the direction of India’s central bank.

Two lawyers involved in the case said the Supreme Court had ruled the deposit was intended to ensure Jaiprakash (JAIA.NS) sets aside some money to protect home buyers.

Under India’s bankruptcy laws, a professional is appointed to run a company under bankruptcy proceedings and the rights of banks and other creditors are defined, but the fate of customers of the insolvent company is often unclear.