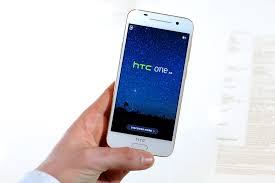 On Wednesday, the Taiwanese smartphone-maker reported unaudited consolidated revenues of 3 billion New Taiwan dollars ($ 99.8 million) for last month. That was down more than 50% on July and represented a 13-year sales low—a worrying sign, given that HTC has recently released a new flagship model, the U11.

At the same time, rumors have in recent weeks had it that HTC is preparing to sell its Vive virtual reality business, or possibly the entire company. This week, an unconfirmed report from Taiwan’s Commercial Times suggested that HTC may sell its loss-making smartphone operations to Google (googl).

On Thursday, HTC’s share price on the Taiwan Stock Exchange dropped by over 8% at one point—at the time of writing, it had recovered slightly but was still down 6.57% in the day’s trading.

HTC (which, fun fact, originally stood for “High Tech Computer”) has been around for a couple of decades. It started off making Microsoft Windows Mobile phones, though it went on to achieve greater success as the first manufacturer of Google’s Android devices. It still has good ties with Google, being the contractor that makes its Pixel phones.

However, it has since struggled to catch consumers’ attention in the face of strong competition from Samsung and, more recently, Chinese Android manufacturers such as Xiaomi and Oppo.