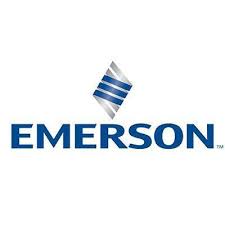 David Farr gets fired up and passionate talking about taxes. He is the CEO of Emerson Electric and also the Chairman of the National Association of Manufacturers that represents 12,000 small and large manufacturing companies in every industrial sector across the country. So it’s not surprising that he is a big advocate for tax reform and he’s lobbying hard for it.

He is calling for lowering taxes and he is very optimistic that Congress will approve a tax reform plan over the next three months. He’s counting on Congress also giving the okay to slash the corporate tax rate for American businesses from 35% down to 15.

“The time is right” to change the American tax system, even though Farr says, “this will not be easy lifting.” He believes all this is doable because it is critical for U.S. economic growth and U.S. competitiveness around the world.

“We have a window of opportunity here between the people and Congress and the White house to do some fundamental, structural change,” Farr says.

He says tax cuts and tax reform would have a significant impact on his company. Emerson, ranked 139 on the Fortune 500, is a huge manufacturing and technology enterprise with revenues of $ 15 billion and operations in more than 150 countries. “It would allow me to say I have more money to invest back into the company,” says Farr, “both from the standpoint of investments in technology, investments in my people, investments in innovation, and new products.”