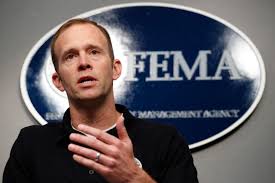 Faced with the looming threat of dual disasters, the Federal Emergency Management Agency has ramped up preparations for Hurricane Irma as it barrels toward the Florida coast, even as the agency continues the massive recovery effort in storm-battered Texas.

It was a one-two punch of powerful storms certain to strain the agency’s quickly dwindling coffers.

The roughly $ 1 billion left in FEMA’s Emergency Response Fund was expected to run out as soon as the end of the week, just as Category 5 Irma could be pounding Florida and less than two weeks after Hurricane Harvey caused massive flooding in Houston.

The House on Wednesday overwhelmingly passed $ 7.9 billion in Harvey disaster relief as warring Republicans and Democrats united to help victims of that storm in Texas and Louisiana. The 419-3 vote sent the aid package — likely the first of several — to the Senate in hopes of getting the bill to the president before FEMA runs out of money.
Far more money will be needed once more complete estimates of Harvey’s damage are in this fall. The storm’s wrath could end up exceeding the $ 110 billion federal cost of recovery from Hurricane Katrina in 2005.

That year was perhaps the last time FEMA faced as tough a test — when hurricanes Katrina and Rita struck within weeks of each other. The agency’s widely criticized response to the then-unprecedented flooding in New Orleans became a major embarrassment for the Bush administration. Despite years of post-recession funding cuts during the Obama administration, FEMA’s leaders worked to streamline and consolidate operations, cutting costs while maintaining staffing levels.

“We’re not going to let money get in the way of saving lives,” FEMA administrator Brock Long said on “CBS This Morning.” Brock said his confidence was high that the agency could handle Irma.

“Despite everything that’s going on, this is what we train for. We have catastrophic plans. Obviously after Irma, staffing patterns could be strained,” he said.

As of Wednesday, more than 100 FEMA personnel have already been deployed to Florida, where they will coordinate on the ground with the state’s emergency management officials. FEMA regional assistance teams were also sent to Puerto Rico and the U.S. Virgin Islands.

“Our staffing levels are coming up,” Long said. “We have over 700 people right now pre-positioned to support our partners.”

FEMA maintains large stores of food, bottled water, medical supplies, cots and blankets, pre-packed and strategically placed at locations throughout the United States and its territories. Those supplies were being pre-staged on semi-trucks, where they can be driven into the disaster zone after the storm passes.

To help speed delivery of emergency supplies after a storm, the U.S. government as part of the disaster-declaration process routinely exempts commercial truck drivers in the region from federal rules, including ones limiting how many consecutive hours they can safely drive.

The preparations were being made even as FEMA continued to respond in Texas. So far, FEMA has approved $ 148 million in aid for more than 180,000 survivors of Harvey, finding more than 50,000 hotel and motel rooms for survivors.

He said the federal response in Texas was entering a recovery phase that will be long and, at times, frustrating for affected homeowners. The U.S. government was marshaling Small Business Administration loans, disaster unemployment assistance from the Labor Department and FEMA reconstruction aid to rebuild state and municipal infrastructure.

“I won’t forget Harvey,” Bossert said, as he rushed to join a phone call between Trump and Florida Gov. Rick Scott. “Now, it is a long game that requires a lot of attention to detail.”

Speaking at an event in North Dakota on Wednesday, Trump said the emergency personnel now redeploying from Texas to Florida could use some rest, but likely won’t get much.

“They’re really now again in harm’s way,” Trump said. “Together we will recover and we will rebuild.”