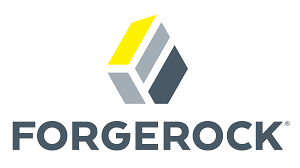 ForgeRock, a San Francisco-based cybersecurity firm that manages people’s digital identities, has raised $ 88 million in funding. The company plans to use the capital to scale its operation ahead of an initial public offering slated for early 2019, CEO Mike Ellis tells Fortune.

ForgeRock provides identity management services for customers such as investment manager Morningstar (morn), telecom firm Vodafone (vod), and insurer Geico as well as the governments of Norway, New Zealand, and Belgium. The company competes with the likes of Okta (okta), an identity management firm that went public in April, Ping Identity, which private equity firm Vista Equity Partners acquired for a reported $ 600 million last year, OneLogin, Centrify, Sailpoint, and others.

ForgeRock has raised a total of just over $ 140 million to date. The venture capital firm Accel Partners led the most recent round with participation by new investor KKR (kkr).

Ellis referred to the fundraising round, ForgeRock’s fourth since its founding in 2010, as a “key driver” for the company’s IPO preparations. He says he plans to put the new capital toward product research and development, as well as sales and marketing expansion, especially in the Asia Pacific region.

ForgeRock inked more than $ 100 million in bookings—a measure of projected sales based on customer contracts—in 2016. The company’s revenue is split roughly 50-50 between the U.S. and outside the U.S.

As part of the deal, Arun Mathew, an investor at Accel, and Dave Welsh, a managing director at KKR, are joining ForgeRock’s board of directors.

Welsh, who once served as a strategist at the cybersecurity firm McAfee, says that he considered the endorsement of a former boss, Dave DeWalt, vice chair of ForgeRock’s board and ex-CEO of McAfee and FireEye, to be a major point of validation. He says ForgeRock is “almost the best kept secret $ 100 million in sales business.”

“Whether to a vehicle or device, everything is tied to some sort of identity,” Mathew says. “We think ForgeRock is at the vanguard of protecting identities across all these devices.”