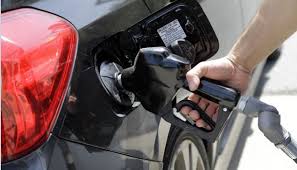 Hurricane Harvey has triggered a unique phenomenon in the U.S. oil and gas industry. Since the devastating flooding in South Texas and Louisiana has disrupted far more crude oil refining capacity in the region than production capacity, the net result of the storm has been less crude oil being refined and less gasoline being produced.

In other words, an already bloated crude oil supply is getting even larger, while gasoline supply is shrinking. As a result, gasoline and crude oil prices have been headed in opposite directions.

According to GasBuddy, the national average U.S. gas price Thursday morning was $ 2.46/gal, up 4.6 percent from its average price a week ago. At the same time, WTI crude oil is trading at just $ 46.14/bbl, down 2.5 percent from a week ago.

According to LPL Financial, Harvey temporarily disabled half of the oil-refining capacity in Texas, or roughly 15 percent of the nation’s total capacity. Half of Texas’s refining capacity is equivalent to roughly 2.75 million barrels per day. Earlier this week, Barclays estimated that Harvey knocked out roughly 500,000 barrels per day of crude oil production, well short of impact is had on refining.

But while heavy rains have finally moved on from most parts of Texas, investors shouldn’t expect the oil market to return to normal overnight.

“The impact could linger for several weeks or longer, depending on how long it takes Texas refiners to return to normal operations,” GasBuddy analyst Patrick DeHaan said earlier this week.

Related Link: How Will Harvey Impact Oil And Gasoline Prices?

“In general, we believe Hurricane Harvey will reduce inventory draws by about 1.5 mbpd over at least the next few weeks with a smaller headwind persisting for several weeks (at least) beyond that,” Gengaro wrote on Thursday.

In the meantime, the divergence between oil and gas prices is likely to continue. In the past five days, the United States Oil Fund LP (ETF) USO is down 5.0 percent, while the United States Gasoline Fund, LP UGA is up 7.0 percent.