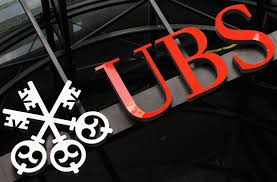 The roster of banks supporting UBS’s big blockchain initiative has swelled with the addition of Barclays, HSBC, State Street, Credit Suisse, MUFG and the Canadian Imperial Bank of Commerce.

The banks join UBS, Deutsche Bank, Santander, BNY Mellon and the financial services firm NEX in working on the so-called “utility settlement coin” (USC), which is intended to smooth the way for inter-bank settlements.

The USC is a collateralized digital coin that banks could use to pay one another or to buy securities more quickly. While traditional money transfers take a while to occur, the USC would use a distributed ledger—a blockchain, like the one that underpins bitcoin—to record transactions quickly and allow payment tokens to go straight to the owner of the asset being sold, rather than passing through clearinghouses.

Unlike bitcoin, the USC would not be its own cryptocurrency, acting rather as a convertible stand-in for major currencies.

For now, the banks working on the USC are preparing to test transactions using it, to work on the system’s security and privacy, and to conduct further discussions with central banks. They are only looking to conduct the first live token exchange towards the end of next year.

“It may well inform the way central banks choose to move things forward,” HSBC’s director of financial technology innovation, Hyder Jaffrey, told Coindesk. “We see it as a stepping stone to a future where central banks issue their own [cryptocurrency] at some point.”