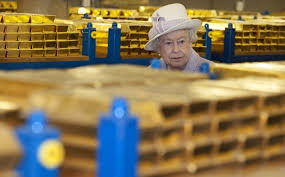 Gold rallied to the highest level this year after North Korea fired a ballistic missile over Japan, boosting demand for havens amid escalating tensions between Pyongyang and the United States.

Gold has surged 15 percent this year, rising every month apart from June, as investors weigh the possibility of conflict in Asia, with Kim Jong Un’s regime pushing on with missile tests and U.S. President Donald Trump vowing a stern response. The precious metal has also climbed as the Federal Reserve is seen going slow on further interest rate increases, weakening the dollar.

“Assuming things don’t escalate from here, and we hope that they don’t, we wouldn’t be surprised to see gold give a few dollars up in the coming hours or days,” said Jordan Eliseo, Sydney-based chief economist at trader and refiner Australian Bullion Co. Still, investors will watch to gauge whether bullion can remain above the $ 1,300 level, and that “number, instead of being something of a ceiling, can become something of a floor,” said Eliseo.

Pyongyang had threatened earlier to fire a missile over Japan toward the U.S. territory of Guam, prompting Trump to warn he’d retaliate with “fire and fury.” Trump has also said force is an option to prevent Kim from gaining an intercontinental missile that could deliver a nuclear weapon to the U.S.

“A missile passing over Japan is an unprecedented, grave and serious threat to Japan’s safety,” Japan’s Chief Cabinet Secretary Yoshihide Suga told a news conference, adding there were no reports of damage. The Pentagon confirmed the missile flew over Japan, and said it didn’t pose a threat to North America.

Hedge fund billionaire Ray Dalio endorsed bullion this month, recommending that investors consider placing 5 percent to 10 percent of their assets in the commodity. Dalio, who manages Bridgewater Associates, cited risks including the situation in North Korea, with “two confrontational, nationalistic, and militaristic leaders playing chicken with each other.”