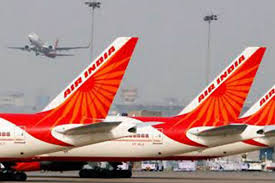 India’s Bird Group on Wednesday said it is interested in buying state-owned carrier Air India’s ground-handling business, making it the second company to formally show interest in bidding for a part of the ailing airline.

Bird Group, which handles ground services at seven airports in India and operates hotels in the United Kingdom, has expressed interest to the civil aviation ministry to bid for Air India Air Transport Services Ltd, it said in a statement.

A ministerial panel, headed by Finance Minister Arun Jaitley, has been appointed to look after the sale process of the flagship carrier, which has six subsidiaries – three of which are struggling to turn a profit – with assets worth about $ 4.6 billion.

Bird Group, which also operates car dealerships, has “requested for a separate disinvestment of the Air India subsidiaries” in order to unlock value, a spokesperson said in the statement.

The carrier could be sold in parts to make it attractive to potential buyers, government officials told Reuters last month.

Founded in the 1930s and known to generations of Indians for its Maharajah mascot, Air India is saddled with a debt burden of $ 8.5 billion and a bloated cost structure. The government has injected $ 3.6 billion since 2012 to bail out the airline.

Once the nation’s largest carrier, its share of the booming domestic market has slumped to 13 percent as private carriers such as IndiGo and Jet Airways have expanded.