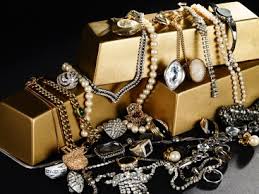 Why Diamond Sales Have Been Weak and Gold Prices Are Rebounding

Diamond sales have been a little dull lately.

With interest from buyers in China and India shrinking and millennials choosing to forego diamond engagement rings (or marriage altogether), the industry is trying to cut a path toward future growth.

De Beers thinks the answer could be more advertising. The company increased its marketing budget to $ 140 million this year — the most since 2008, according to Bloomberg.

The campaigns will primarily target the industry’s largest markets in China, India, and the U.S. with most of the focus on the company’s Forevermark and De Beers Diamond Jewellers brands.

The price of diamonds has fallen over the last five years, though supply is expected to peak and then plateau in the next few years and inflate prices, according to De Beers chief executive Bruce Cleaver.

Diamond sales are increasingly dependent on wealthy U.S. shoppers. In fact, American buyers account for more than half of the world’s diamond purchases. The U.S. market rose 4.4% last year to a record $ 41 million — enough to offset the decline in China and India.

While diamonds and other gems have seen a slump in demand, the price of gold is climbing.

Geopolitical tensions and uncertainty are driving continued gains for gold. It’s currently trading at its highest price since November 9th following the North Korean launch of a missile over Japan.

The threat of nuclear war has been pushing gold prices up for most of the summer. Historically, the price of gold has increased during periods of tension as investors turn toward the more stable value of precious metals.