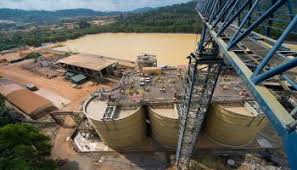 U.S. company gives up control of world’s No. 2 copper mine

For nearly three decades, the world’s No. 2 copper mine has been controlled by an American company.

Not anymore.
Freeport-McMoRan(FCX) agreed Tuesday to give up its majority stake in the massive Grasberg gold and copper mine, ceding control to the Indonesian government in what is likely to be seen as a victory for President Joko Widodo.

The U.S. miner’s ownership stake will be reduced from 90% to 49%, Indonesia’s energy minister Ignasius Jonan said at a joint press conference with Freeport CEO Richard Adkerson. The exact time of the handover is under discussion, they said.

Related: Brazil has opened a huge chunk of the amazon to mining

Freeport and its local subsidiary have conducted mining and exploration activities since 1988 at the 525,000-acre complex, which includes a massive open pit mine.

But many Indonesians objected to their country’s mineral resources being mined by a foreign corporation, and the project has long faced opposition — and even violent protests — from locals in the eastern province of Papua.

Related: Gold is doing better than U.S. stocks this year

Jonan said Tuesday that the agreement wants to “prioritize the national interest” and the “importance of the people of Papua.” He said that control of the mine would also give Indonesia sovereignty over its natural resources.

Freeport has agreed to build a new processing and refining facility for the mine, and — if other conditions are met — it will be allowed to operate the project until 2041.