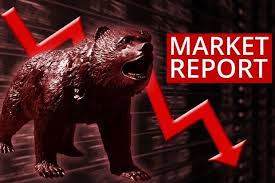 Stocks in the U.S. and Asia dropped after North Korea fired a missile that flew over Japan.

Analysts said the situation over North Korea remains a concern for investors.

“It is going to move back into the headlines and be a cause of volatility for the market,” said Art Hogan, chief market strategist at Wunderlich Securities.

U.S. markets had closed for the day when reports of the launch began to emerge. But stock futures were down around 0.5% late Monday, signaling caution in response to the development.

Gold, which tends to benefit from market fear, rose 0.7%. The Japanese yen, a safe haven currency, rose 0.8% against the U.S. dollar.

The Pentagon said North Korea launched a missile that flew over Japan and landed in the Pacific Ocean. The launch prompted warnings for residents in Japan to seek shelter.

A U.S. official said spy satellites had been observing preparations for a ballistic missile test that could reach Guam. The official says the assessment is ongoing.

This launch comes only days after Pyongyang fired off three short-range ballistic missiles in the midst of U.S. and South Korean military exercises in the region.