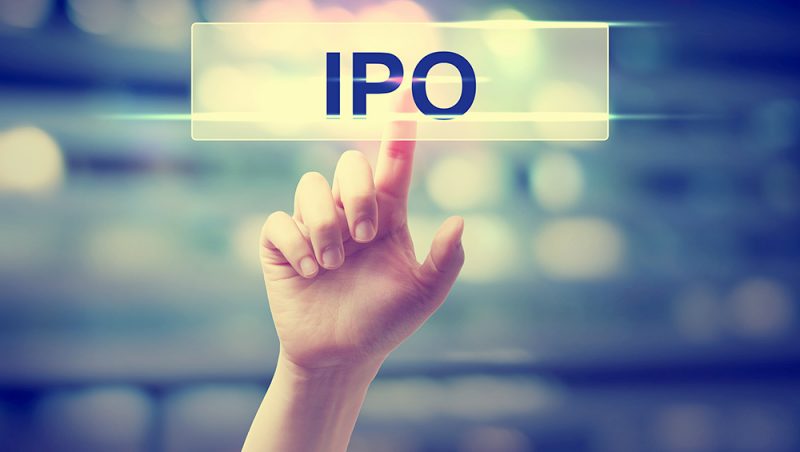 Some students wait tables or landscape gardens to pay for college. Jack McCarthy scoured Midwestern vintage stores for the ugliest Christmas sweaters he could find. McCarthy, 22, bought whatever he could get his hands on, usually for a few dollars apiece, then sold them online for more than $ 20. At one point the operation was pulling in $ 100,000 a year—money McCarthy used to graduate from Babson College debt-free. Shopify Inc. helped him do it. The Canadian company provides websites, payments, shipping and more for 500,000-plus online merchants and, less than three years after going public, has a market cap of $ 10 billion—making it roughly the size of Twitter Inc. or Square Inc.

Shopify’s thesis is relatively simple: People all over the world have the brains and energy to start successful online businesses, but lack the tools. Shopify lets them try out online store ideas for $ 29 a month, and the first couple weeks are free. Many fail, but those that find a market start to grow. The more successful they are, the more money Shopify makes through transactions fees and higher-priced subscription tiers.“Such a minimal barrier to enter is one of the reasons why Shopify is growing like crazy,” McCarthy says by phone from Holland, where he’s traveling and doing e-commerce consulting on the side. Shopify is the best-performing U.S.-listed tech company with a $ 1 billion-plus market cap so far this year. And the shares have returned more than 500 percent in the 27 months since Shopify’s initial public offering. By contrast, Facebook Inc. and Netflix Inc. returned about 100 percent over the same period after their IPOs.

While Shopify has yet to post a profit, quarter after quarter it has beaten analysts’ sales estimates and raises its forecast like clockwork. The company seems to be dealing handily with its competition, but that success could make the company a ripe target for acquisition by a Google or Amazon.com Inc., and could even prompt those companies to go after its business.

Tobi Lutke, a German software developer who moved to Ottawa to be with his Canadian girlfriend, founded Shopify in 2004. Lutke had tried building an online snowboard shop and realized easy-to-use tools weren’t available. He raised money from Bessemer Venture Partners and Felicis Ventures, acquired a design studio to spruce up the sites available to users and kept adding features like point-of-sale apps and a payments system. Since raising $ 150.5 million in the IPO, Shopify has grown from 165,000 customers to half a million, outpacing competitors like Austin-based Bigcommerce.

Over the years, an entire ecosystem has grown up around Shopify, much like the one enveloping Amazon. Groups and forums on Facebook and Reddit are dedicated to the arcana of search engine optimization and conversion rates. Developers around the world have built hundreds of applications that merchants can add to their stores, from shoe size converters to supply-chain management tools.

And, of course, a cottage industry of consultants has sprung up to advise neophytes how best to sell online. In 2013, Ross Beyeler pivoted his Boston-based web design agency Growth Spark to focus almost exclusively on helping Shopify merchants. Since then he’s increased his staff from four to 12 and won customers as big as headphone maker Bose. To Beyeler, the pool of 500,000 potential customers can only keep growing. “The demand for Shopify is just so enormous,” he says. The ease of selling online creates a lot of competition for small merchants chasing the latest trends. McCarthy’s sweater business eventually unraveled when hundreds of rivals jumped in and giants like Wal-Mart and Target caught on. He switched gears and started selling tank-tops emblazoned with U.S. presidents and eagles to frat bros looking for some patriotic Fourth of July attire.

Realizing that printing the shirts himself wasn’t feasible, McCarthy turned to Printful, a company with offices in Latvia and the U.S. that, according to founder Davis Siksnans, has printed more than 2 million T-shirts since integrating with Shopify in 2013. One of Siksnans’s most memorable jobs: the “Nasty Woman” shirts that flooded the internet after Donald Trump used the epithet to describe Hillary Clinton.

“I believe it took four hours after it was said that the design was up for sale on Shopify,” says Siksnans, who plans to take 300-person Printful public and expects a number of companies from the Shopify ecosystem to follow suit.

Inevitably, charlatans and counterfeiters have used Shopify tools to open online storefronts. Some use spammy pressure-tactics like pop-ups that threaten price increases if the consumer doesn’t buy right away. Merchants known as drop-shippers take orders, then buy the merchandise from someone else and ship it. In some cases, consumers wait weeks for their orders to arrive—if they arrive at all.

This activity poses less of a risk to Shopify’s reputation than you might expect because, unlike Amazon and EBay, the Canadian company isn’t a central marketplace where online merchants can hang a shingle. While the company reserves the right to stop bad actors from using its software, Shopify doesn’t police the merchants the way Amazon does.

Given the fierce competition online, Shopify experiences a lot of churn. The company won’t divulge how many merchants leave its embrace each month, but it’s probably fair to say that in an average week thousands of merchants sign on even as hundreds more disappear. Many merchants chase flash-in-the-pan trends like eclipse-viewing glasses or fidget spinners, which could mean some of the businesses undergirding Shopify’s success aren’t sustainable for the long term.

The company argues that every bad or unsuccessful store is an opportunity for growth. Many of Shopify’s new customers start out trying to make a quick buck by capitalizing on a trend, says Chief Operating Officer Harley Finkelstein. “If the way people are getting up and running is through drop-shipping fidget spinners and that teaches them about entrepreneurship, that teaches them how to sell, you better believe when that trend ends they’re going to go look for something else,’’ he says. “Capitalism tends to work itself out.”As the current king of Canada’s tech scene, Shopify embodies the nation’s pride—and paranoia. No one has forgotten how Nortel and BlackBerry attained great heights, only to misjudge the market and find themselves overrun by U.S. rivals. Right now Shopify is stealing customers from the few rivals it has. A few years ago Amazon shut down its own store-building tools and moved existing customers over to Shopify’s platform.

But as the company matures, it will become harder to sustain year-over-year growth rates of more than 70 percent, as the company has done for the last five years. Analysts have begun recommending investors hold the stock instead of buying more, with Jesse Hulsing of Goldman Sachs warning in June that “meaningful upside gets harder from here’’ because the company is already among the most expensive software stocks. Investors could sour if Shopify fails to deliver promised profit by the end of this year. CEO Lutke himself admits that steep growth rates have to eventually slow down.

“This has been working incredibly well, people are selling billions of dollars worth a month now on the platform which is crazy,’’ Lutke said in an interview earlier this month. “I don’t know how much longer we can keep that going.”

Of course, such fears are of little concern to the people making their living on Shopify’s platform. In 2014, Ira Woods started an online store selling urns and jewelry to memorialize lost loved ones. He’s on track to make $ 2 million in revenue this year, has 10 employees and operates a brick-and-mortar showroom in Minneapolis. “We’re quite ambitious,’” he says. “We’re looking to get to $ 10 million.”