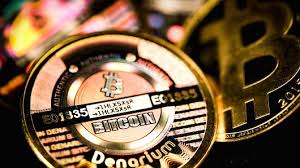 Bitcoin is a scam. It’s a ponzi scheme. It’s a bubble. There’s nothing backing it.

I’ve heard all these before.

And I understand why some people are wary.

At first, many people don’t understand why bitcoin has value.

Today, I’m going to give a detailed response to these criticisms.

One of the most important features of bitcoin is that large amounts of it can be safely sent from person to person. That may not sound like such a big deal, but think about that compared to a traditional money transfer.

With a traditional wire or money transfer, you always need a middleman – a “trusted party,” usually a bank. They collect fees, and can block transactions for political reasons. Their software is ancient and hasn’t changed much in decades.

As a result, most of us have no choice but to keep the bulk of our cash in a risky bank.

Bitcoin and other cryptocurrencies are different. The owner has complete control of their assets. They have the “private keys” that determine ownership. A private key is essentially just a really long password. It’s very secure as long as you don’t lose it.

Cryptocurrency networks are decentralized, meaning they run on hundreds of thousands of computers across the world. I can’t imagine how a government would go about shutting them down.

Digital currencies use advanced cryptography, which provides top-notch security and transaction confirmations. Every computer in the network keeps a record of all transactions. This ledger is called a blockchain, and it’s how we make sure nobody’s cheating.

Bitcoin was the first blockchain-based currency, but since then, thousands of new coins have launched. Many of them borrowed bitcoin’s blockchain technology, which is fine since the whole thing is “open source,” or free to utilize.

Two billion dollars’ worth of bitcoin changes hands every day. This is a big part of why bitcoin has become so valuable. It’s very liquid, meaning you can trade it for cash all over the world. You can also buy goods at places like Overstock.com, Dell.com and thousands of other locations.
Historic Opportunity

Today, perhaps a few million people own any cryptocurrency.

It’s very early. And that’s one thing that’s hard for people to realize, since the price has already risen so much.

But the big boys are slowly starting to come around. Fidelity recently integrated bitcoinexchange data into its retirement accounts. So users can check their crypto holdings along with their 401(k)s, all from within their Fidelity accounts. This is a huge firm publicly dipping its toe in the water. The CEO has also spoken very highly of blockchain-based assets.

I think all these megafinancial institutions will come around eventually. And then the real buying will begin.

They can’t deny that it’s the best-performing asset in history, or that adoption is accelerating. The largest U.S. crypto exchange reported 1 million new customers in June of this year, an incredible pace.

All the bitcoins in existence are now worth around $ 67 billion.

There are 15 million bitcoins today, and there will only ever be 21 million. Not a lot to go around on a planet with 7 billion people.

If all 21 million bitcoins were distributed evenly among the world population, everybody would get 0.00222872 of a bitcoin.

And yes, you can buy and sell tiny fractions of a bitcoin. Each one is divisible into 100 million pieces. It was designed this way, so that if it rose in value thousands of times, you could still spend it easily.

Bitcoin has already changed the lives of thousands of early adopters, including mine, and it’s going to change a lot more over the coming years.

And the new generation of cryptocurrencies and other digital assets are on a rip-roaring bull run. A few of them may even challenge bitcoin…

To get my top four crypto picks, and a complete guide to investing in this space, you need to join our research service First Stage Investor. See our new video about the service here.