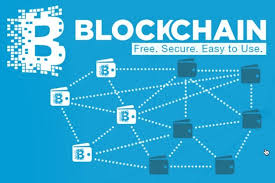 Why Delaware Made It Easier for Businesses to Use Blockchains

As of Aug. 1, a new law permits companies in Delaware—where more than two-thirds of Fortune 500 companies are incorporated—to keep their list of shareholders on a blockchain.

The boosters of the blockchain law hope it will encourage companies to replace Excel spreadsheets and SQL databases as a way to keep track of shareholders. But the law is also just the start of what could be a revolution in corporate record keeping. That’s because Delaware is also in the process of creating a system intended to let companies do everything from file incorporation documents to register shares via a blockchain.

According to CEO Mark Smith of Symbiont, a New York–based company supplying blockchain technology to the state, a network of law firms and registered agents is already building tools to help companies store their records on Delaware’s blockchain. If successful, the tools will provide an efficient new way for companies to undertake anything from proxy votes to share splits. Firms will also be able to use the cryptographic features built into the blockchain to provide regulators or investors with secure temporary access to confidential documents on a case-by-case basis.

For more, read “Why Big Business Is Racing to Build Blockchains.”

The venture capital arm of retailer Overstock.com has already pledged to move records to Delaware’s blockchain service, and other firms are expected to follow suit before long. For these companies, the advantages could be huge: These could include saving millions of dollars a year in record keeping and transaction costs, as well as much quicker auditing and due diligence procedures.

More broadly, the Delaware project aspires to create a one-stop shop for corporate records that is tamperproof—one of the hallmarks of blockchain technology—and always accessible. Meanwhile, access to the records will be available via a website (all the new blockchain stuff will be tucked into the back end) so there will be little in the way of a learning curve for ordinary people.

While Delaware’s ambitions are grand, the experience of other states offers a cautionary note. Vermont, for instance, announced to much fanfare in 2015 that it would put its property records on a blockchain—but bailed on the plan after a year upon finding it to be too costly.

Smith claims Delaware will be different since it is using his company, rather than its own bureaucracy, to create and implement its blockchain bet. Meanwhile, Andrea Tinianow, a state official whom some call “the blockchain czarina,” says the sweeping changes to Delaware records are not years away, but will be in place by 2018.

A version of this post appears as a sidebar in the “Blockchain Mania” article in the Sept. 1, 2017 issue of Fortune with the headline “Digital Doings in Delaware.”