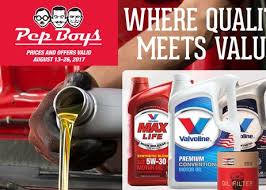 These super-rich families are investing their fortunes to help others

Some of world’s richest families have signed up to a pact: They will invest parts of their vast fortunes in ways that improve the lives of others.

The group, which calls itself The ImPact, has plenty of billionaire street cred: It’s the brainchild of Justin Rockefeller (a great-great grandson of John D. Rockefeller) and Josh Cohen (CIO of Tyden Ventures).
Its founding members include Liesel Pritzker Simmons (an heiress to the Hyatt Hotels (H) fortune), Jason Ingle (great-great grandson of Henry Ford) and Jim Sorenson (son of businessman James LeVoy Sorenson).

The idea is similar to Bill Gates and Warren Buffett’s The Giving Pledge, which requires signatories to give away at least half their wealth. But this is about investing for good.

“No amount of philanthropy or foreign aid will solve the problems the world faces,” said CEO Abigail Noble. “We need to use businesses and capital markets.”

Noble said she is focused on working with the “most influential families globally,” and especially younger family members who want to add impact investing to the philanthropic work their parents and grandparents started.

The ImPact has built a global network of 125 members since it was founded in 2015, and recently added signatories from Brazil and South Korea.

‘Moral commitment’ to invest for good

The pact is a “moral commitment,” but not a legally binding document. There’s no minimum level of investment, and The ImPact hasn’t disclosed how much has been invested.

Membership is by invitation only and Noble said the average wealth of the families is approximately $ 700 million.

The ImPact tracks the financial performance and social impact of its members’ investments, and shares the information with the network.

“Families can not only view their own portfolio, but then also compare their portfolio with other families and learn and make decisions on how to make more impact investments more effectively,” said Noble.

The power of a network

This idea of locking arms [with other members] and working together even if you’re not investing in the same things I’ve found to be really quite powerful,” said Case.

Case said that younger members of wealthy families are moving away from traditional investing methods, which include the use of “family offices” to manage portfolios.

“They reject the old way of doing things, which is just about financial return, and see almost a different way of capitalism going forward where private capital is used for public good,” said Case.

The percentage of high net worth individuals that own or are interested in owning impact investments jumped from 32% in 2015 to 45% in 2017, according to a survey by U.S. Trust, the private wealth management arm of Bank of America (BAC).

Of these wealthy individuals, millennials were the most likely to have conducted a portfolio review based on impact, according to the report.

“Right now we’re at a point where environmental and social impact is the exception when you’re making investment decisions; we want it to be the norm,” said Noble. “And through a small group of influential asset owners, we can change that.”