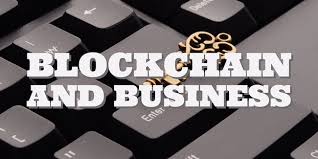 Amid the hype surrounding Bitcoin and Ethereum, it’s easy to overlook how blockchains—the technology behind those currencies—are already transforming major industries. For businesses, the opportunities to secure supply chains, eliminate middlemen, and cut costs are increasingly compelling. Here are five examples of blockchains in action.
Shipping

Maersk, the world’s largest shipping company, completed an inaugural test this spring of using a blockchain to track its cargo. The test involved not just Maersk but a series of third parties—the shipper, Dutch customs, and the U.S. Department of Homeland Security—with all of them tracking containers remotely. The tech’s reliance on cryptographic signatures makes it harder for anyone to mislay goods or tamper with labels while cargo is on the move, and can reduce the time goods spend in transit.
Banking

Despite its sophistication, the banking industry is still bedeviled by sluggish systems that can take hours or days to confirm basic transactions such as stock sales or money transfers. But the ongoing adoption of blockchains by the likes of Barclays, which conducted a groundbreaking transaction (it involved butter exports) using the technology in 2016, means this is changing. In the near future, look for rapid increases in the speed of banking services as well as the disruption of intermediaries like brokers and clearinghouses. Big banks are even planning to use blockchains to remake the SWIFT system, which is used for global interbank transfers.

For more, read “Why Big Business Is Racing to Build Blockchains.”
Livestock

You might not peg Walmart (wmt) as a blockchain pioneer. But the retail giant began using the technology in 2016 to track how pigs from China moved through the supply chain to the American table. Smaller outfits are following suit. In August, an Arkansas farmers’ collective used QR codes on chicken crates to trace transactions involving their poultry. All of this promises to help companies reduce food spoilage and prevent disease outbreaks.
Law

All sorts of agreements—from home sales to business purchases to employee contracts—require lawyers and courts to enforce. Now, more firms are experimenting with “smart contracts” that execute themselves: A blockchain system can, for instance, release money from escrow once one party to a contract transfers a deed. Lawyers nervous about their jobs can rest easy for now, as smart contracts are still a novelty. But this could change soon, especially as states like Arizona pass laws that confirm smart contracts are valid.
Diamonds

The diamond business is a tight-knit industry whose members and customers share common concerns over stones’ origins and authenticity. This helps explain the success of Everledger, a company that can record over 40 identifying features of a diamond, including color and clarity, and register them to a blockchain. Everledger has digitized more than a million diamonds and has plans to branch out to other industries—specifically fine wine—in need of better anti­counterfeiting records.

A version of this post appears as a sidebar in the “Blockchain Mania” article in the Sept. 1, 2017 issue of Fortune with the headline “Bitcoin in Real Life.”