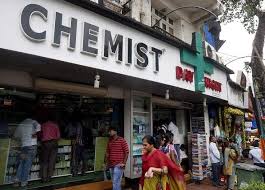 India’s plan to bring in marketing rules to curb unethical promotional practices in the country’s drug industry faces an indefinite delay after it hit a legal roadblock, marking a setback for public health groups.

The country’s law ministry has rejected draft marketing rules, which were prepared by the Department of Pharmaceuticals (DoP) after nearly two years of deliberations, saying they cannot be passed under the proposed legal framework, industry sources told Reuters.

DoP officials did not respond to requests for comment, and G.N. Raju, secretary at the law ministry’s legislative department declined to comment beyond saying that the ministry had responded to the DoP on the draft weeks ago.

The rejection is a setback for public health groups that have been pushing for rules on marketing to curb bribery and corruption, which many doctors and medical professionals say is rampant in India’s health sector.

India is one of the world’s biggest drug markets, with a population of more than 1 billion and growing incidence of both communicable and non-communicable diseases.

But the country has no rules on marketing by drug companies and activists have outlined several cases of drugmakers offering incentives to doctors and pharmacists such as electrical appliances and foreign travel in recent years. (reut.rs/1QJEdXq)

The DoP’s initial response was to issue a voluntary marketing ‘code’ in 2011, and an amended version in Jan. 2015. But after complaints of non-compliance with the code from health groups such as the People’s Health Movement, the DoP set out to make the rules mandatory.

A draft of the rules, seen by Reuters, was sent to the law ministry earlier this year. Sources, who declined to be named, said the law ministry has returned that draft saying it cannot be passed under the Essential Commodities Act of 1955.

The DoP is now likely to go back to the drawing board and make new rules using a different legal framework, lawyers and health activists tracking developments on this topic said.

“The major concern is that this is an indefinite delay after over an over two-year wait,” said Malini Aisola, a member of the All India Drug Action Network, a group of healthcare-focused NGOs. “With this development, we are worried it will not see the light of day.”

D.G. Shah, secretary general of the Indian Pharmaceutical Alliance, which represents 20 of the country’s biggest drugmakers, said he expected the DoP to address the objections raised by the law ministry and modify the rules.

The rejection did not come as a surprise to some.

Amitava Guha, national co-convenor of the People’s Health Movement, said he told the DoP last year that this legal hurdle would arise, urging them to make a new law instead of tweaking an existing law.

“It makes you wonder why the DoP went ahead with it anyway … we had told them in a meeting last year that it was unlikely to pass in that form,” Guha said.