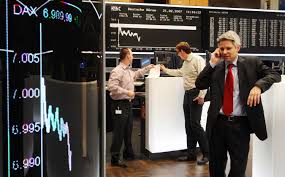 A federal appeals court on Tuesday ordered the former Jefferies LLC trader to report to prison on Sept. 12 to begin serving a two-year sentence for lying to customers about mortgage bond prices. He is appealing his January conviction and had asked the Manhattan-based court to allow him to remain free until the case is resolved.

That isn’t what happened the first time around. In 2014, at his first trial for lying to customers, Litvak was convicted, but the appeals court allowed him to remain free during the appeal. The higher court later overturned the conviction, setting up the second trial.

The denial of bail doesn’t necessarily mean the appeal is doomed, said Peter J. Henning, a professor at Wayne State University Law School in Detroit. But the appeals court’s familiarity with Litvak and the fact that he was convicted again after a second trial doesn’t bode well, Henning said.

“Receiving the same sentence as he did after the first trial shows the district judge was not taking a favorable view of the case, which may mean the second circuit is less likely to disturb the conviction this time,” Henning said.
Small Victory

Litvak did score a minor victory on Tuesday, with the U.S. Circuit Court of Appeals in New York ordering that his appeal be expedited.

Litvak, 42, was convicted by a federal jury in New Haven, Connecticut, of one of 10 counts of securities fraud and sentenced in April to prison and to pay a $ 2 million fine. His arrest in 2013 presaged a crackdown on bond traders who employ questionable sales tactics, which has led to criminal charges against another half-dozen traders and the departure of dozens more.

After his first trial for lying to customers, the appeals court said the trial judge had improperly blocked Litvak’s attorneys from calling an expert witness who would testify that his behavior was commonplace among bond traders. But that expert’s testimony at the second trial didn’t stop jurors from convicting him.

Litvak’s appeal this time around centers on his contention that the government didn’t prove that his lies were “material” to his investors, or significant enough to affect their decisions whether to enter into a trade. His lawyers argued that such misstatements were only relevant to price negotiations and are of no consequence to a “reasonable investor.”

His attorneys also argued that the trial court improperly allowed evidence that two of Litvak’s alleged victims believed he was acting as their agent, even though the judge in the case told jurors that Litvak wasn’t acting on their behalf. Unless Litvak was released on bail, his lawyers contended, he may serve nearly all of his sentence before his appeal is decided.

Prosecutors argued to the appeals court that regardless of their legal relationship, one of the other traders believed that Litvak was telling him the truth and honestly negotiated payment on top of the price that Jefferies paid for the bond.

Litvak was the first of the more than half-dozen traders charged in the government’s crackdown on shady bond trading practices to go to trial.

A former Nomura Holdings Inc. trader accused of similar conduct, Michael Gramins, was convicted in June of conspiracy and cleared of six fraud counts following a trial in Hartford, while one of his colleagues, Tyler Peters, was acquitted of all charges. Jurors cleared a third Nomura trader, Ross Shapiro, of eight counts, but deadlocked on one conspiracy count. Prosecutors still have to decide whether to retry Gramins and Shapiro on the counts on which the jury was hung.

The Nomura verdict helps support the government’s claim that lying to even the most sophisticated parties in bond trades can amount to securities fraud, while highlighting how difficult it is for prosecutors to prove their cases in court. A former Cantor Fitzgerald & Co. trader arrested in December, David Demos, is scheduled to go on trial on similar charges next year.