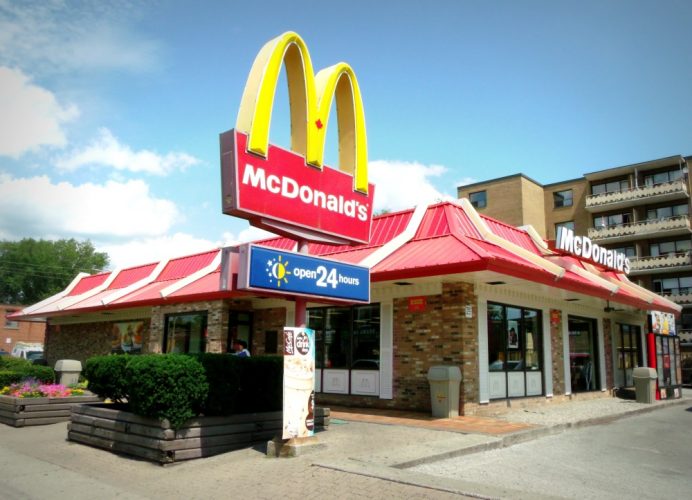 McDonald’s has terminated franchise agreements for 169 stores across the country’s north and east, claiming that its partner — Connaught Plaza Restaurants Limited (CPRL) — had broken the terms of their contract.
It also accused the franchisee of failing to pay royalties it owes McDonald’s.

“The situation lasted almost two years during which McDonald’s India has provided CPRL with an opportunity to remedy the breaches but [it] failed to do so,” McDonald’s Asia spokesman Barry Sum said in a statement.

CPRL described the move as “contemptuous” and “oppressive” and said it planned to take McDonald’s to court.

“I was shocked,” CPRL managing director Vikram Bakshi told CNNMoney, adding that he would “keep fighting.”

McDonald’s has around 400 restaurants across 65 Indian cities, with the outlets in the south and west run by a different licensee. They will not be affected, the company said.

At least 40 McDonald’s outlets run by CPRL in New Delhi were already shuttered in June for failing to renew their operating licenses, and continued to appear as “temporarily closed” on the McDonald’s India website Tuesday.

Bakshi said his firm has been ordered by McDonald’s to close the remaining restaurants within 15 days, a decision he says will put 6,500 employees out of a job.

“McDonald’s remains fully committed to the opportunity in that region and are already looking at rebuilding the brand,” Sum said.

Related: McDonald’s and the Olympics are parting ways

In the meantime, however, the dispute is a blow to its plans to grow in Asia.

Earlier this month, McDonald’s announced plans to open 2,000 new restaurants in China over the next five years. The company recently sold most of its Chinese operations to a local firm, but retains a 20% stake in the business.