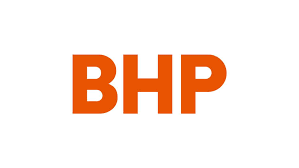 BHP Billiton Ltd. (bhplf) bowed to activist investors seeking a streamlining of its business by unveiling plans to sell its U.S. shale assets–acquired in a $ 20 billion deals spree in 2011–and delaying a multi-billion dollar investment in a Canadian potash project.

The retreat from shale and potash comes after incoming Chairman Ken MacKenzie, who officially starts his job next month, held meetings in recent weeks with investors in Australia, the U.S. and the U.K. and after public concerns were raised on strategy, spearheaded by Paul Singer’s Elliott Management Corp.

Melbourne-based BHP will consider options including asset sales, a demerger or initial public offering of the U.S. onshore division–the eighth-largest producer in U.S. shale fields–and has deferred a potential board decision on approving a $ 4.7 billion first phase of the Jansen project in Canada, the company said Tuesday in a statement.

Missteps on strategy by BHP’s leadership, including in the shale unit, have destroyed about $ 40 billion in value, according to New York-based Elliott, which launched a public campaign seeking a range of reforms in April. BHP’s 2011 shale deals had been too costly, poorly timed and didn’t deliver the expected returns, Mackenzie said on the call.

BHP has “probably picked an opportune time because we’ve seen the oil price come up from a bottom and the cycle looks firmer than it did 12 months ago,” David Lennox, an analyst at Fat Prophets, said in an interview with Bloomberg TV. “They are going to get better value than they would have two years ago out of the segment.”

Crude oil has surged by 80 percent since hitting a 12-year low of about $ 26 in February 2016 as major producers agreed to cut production. Futures in New York rallied above $ 50 a barrel and hit a high in February this year of $ 54.45 a barrel.

Investors including AMP Capital, Schroders Plc, Escala Partners and Sydney-based Tribeca Global Natural Resources Fund have added to criticism of BHP, or offered support for some of Elliott’s proposals. Elliott didn’t immediately respond to a request for comment on BHP’s decisions on shale and potash.

A sale of BHP’s shale unit could fetch about $ 8 billion to $ 10 billion and may attract buyers including Anadarko Petroleum Corp. (apc), Macquarie Group Ltd. said in a July 24 note. Anadarko didn’t immediately respond to an emailed request for comment.

“We will be flexible with our plans and commercial in our approach,” on exiting shale, BHP said in the Tuesday statement. “We are examining multiple alternatives but will only divest for value.”

BHP’s plan to divest shale coincides with Total SA’s snub of the shale land grab this week. The French oil major on Monday agreed to buy the oil and gas unit of A.P. Moller-Maersk A/S for $ 7.45 billion, increasing its footprint in conventional oil and gas assets in Europe and Africa, while staying out of U.S. shale.

An exit from shale “is likely to appease domestic investors, although at this point the financial outcome remains uncertain,” Melbourne-based RBC Capital Markets analyst Paul Hissey said in a note.

BHP’s underlying earnings jumped to $ 6.7 billion in the 12 months through June, the producer said in its statement. That compared with $ 1.2 billion a year earlier, the lowest since fiscal 2001, and missed the $ 7.3 billion average among 18 analysts’ forecasts compiled by Bloomberg. Total annual dividends will rise to 83 cents a share from 30 cents a year earlier, missing the 87.5 cent average forecast.