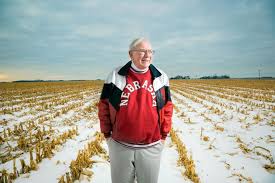 Another Flop Means Warren Buffett Isn’t Having His Best Year

The year isn’t shaping up to be the stuff of Warren Buffett dealmaking legend.

Buffett’s $ 9 billion bid to acquire Oncor Electric Delivery Co. started to unravel last week after Paul Singer’s Elliott Management Corp. outmaneuvered the Oracle of Omaha by acquiring a small parcel of unsecured debt. That opened a window for Sempra Energy to swoop in and strike a deal to acquire the Texas utility.

The loss comes six months after another multibillion-dollar Buffett pursuit hit the skids.

In February, his Berkshire Hathaway Inc. committed $ 15 billion to help Kraft Heinz Co. in a proposed buyout of Unilever. The Anglo-Dutch consumer goods giant rejected the approach, and the offer was quickly pulled.

The collapse of two high-profile deals in such a short time frame is a rarity for Buffett, who has spent decades building Berkshire into a sprawling conglomerate through shrewd takeovers. While he’s made many offers that went nowhere, it’s less common for any such losses to play out in public.

Elliott’s purchase from Fidelity Investments of $ 60 million worth of leveraged notes in Oncor’s parent, Energy Future Intermediate Holding Co., was all it needed to do to block Buffett’s bid, according to people familiar with the matter. Buying the notes allowed the activist investor and another dissenting creditor to own the majority of all classes of impaired debt in the company, all but assuring that a bankruptcy judge would reject Buffett’s bid, said the people, who asked not to be identified because the matter is private.

It’s unclear why Berkshire’s energy unit didn’t buy the debt from Fidelity, which would have probably improved its chances, the people said. Typically, bankruptcy courts only require one group of unsecured creditors to support a takeover bid.

Berkshire Hathaway Energy declined to comment on its handling of the deal after saying in a statement Monday that Energy Future had terminated the offer. Buffett didn’t respond to a request for comment.

Berkshire’s loss of two big opportunities this year “calls into question the effectiveness of their gentleman’s agreement acquisition strategy,” said Cathy Seifert, an equity analyst at CFRA Research who has a hold on Berkshire.

“It’s going to get tougher and tougher to earn the reputation” for savvy dealmaking “unless something in this trajectory changes pretty quickly,” Seifert said.

Buying the debt was an elegant solution for Elliott, which will get 45 cents to 50 cents on the dollar for its investment if Sempra’s $ 9.45 billion bid wins approval. That compares to the 18 cents that Elliott would have gotten from Buffett.

Berkshire, along with Elliott, ended up providing a road map for Sempra to acquire Oncor.

Berkshire agreed to 47 regulatory commitments that were aimed at helping it win court approval and protect Oncor from unnecessary risk, including having no debt at the intermediate companies. It said in a statement Friday that those commitments had resolved all issues involving Oncor.

Sempra is comfortable upholding those commitments, which won over some stakeholders and the staff at the Public Utility Commission of Texas, the people said.

Elliott provided a benchmark when it said it was trying to drum up the finances for its own bid valued at $ 9.3 billion, meaning it would be hard for the New York hedge fund to oppose a bid higher than that threshold, the people said.

One of the people said it was Elliott’s experience in the rough and tumble bankruptcy space that gave it an edge over Buffett.

Berkshire felt its own proposal was sufficiently formed and had the support needed to win approval from the bankruptcy judge, the people said. Once Elliott bought the Fidelity debt, Berkshire was blocked though, they said.

Both episodes point to how staunchly the billionaire sticks to his principles. His pledge to never go where he isn’t wanted scuttled the Unilever deal. He’s long said he has no interest in auctions, which could have contributed to his willingness to be outbid for Oncor.

Even so, the deal drought has bigger implications for Berkshire, whose last mega deal was its 2015 agreement to the buy Precision Castparts Corp. for more than $ 35 billion. The company doesn’t pay a dividend and rarely buys back its own stock, so failing to consummate a few major transactions adds to the cash that keeps piling up from dozens of subsidiaries including insurer Geico and BNSF Railway. At the end of June, Berkshire had just shy of $ 100 billion.

Buffett could get a consolation prize. Barclays Plc analyst Jay Gelb estimated that Berkshire could get an $ 270 million breakup fee, which would add to the company’s cash pile.

Buffett has been finding a few places to invest. He spent billions amassing shares in the four largest U.S. airlines and Apple Inc. last year. In June, Berkshire made two smaller equity investments. One was a stake in a real estate investment trust and the other propped up Home Capital Group Inc., an embattled Canadian mortgage lender.

While most of those investments have fared well, Buffett has long said that the real value at Berkshire will be created from buying whole businesses.

As Buffett himself told shareholders in May at Berkshire’s annual meeting, “There’s no way I can come back here three years from now and tell you that we hold $ 150 billion or so in cash.”