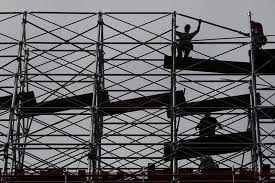 US workers have low hopes for higher pay: Fed survey

U.S. workers see little hope for higher paychecks, and while they are increasingly searching for new jobs, they expect fewer offers to fall into their laps, according to a Federal Reserve survey published on Monday.

The first-of-its-kind New York Fed study, to be published three times per year, paints a gloomy picture of U.S. workers’ aspirations. Even though the unemployment rate, at 4.4 percent, is near a 16-year low after more than eight years of economic recovery, national measures of wages have shown only modest growth.

Survey respondents on average said in July that the lowest annual salary they would accept in a new job would be $ 57,960, down from $ 59,660 only four months earlier. This measure has declined since November, with most of the changes coming from older and higher-income Americans.

The survey, conducted since early 2014 but published for the first time on Monday, also showed 22.7 percent of respondents searched for a job in the last four weeks, up from 19.4 percent in the previous report. Young people accounted for most of the increase.

The respondents saw a 22 percent likelihood of receiving at least one job offer in the next four months, down from an average response of 25 percent eight months ago.