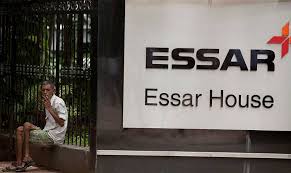 The purchase is the biggest foreign acquisition ever in India and Russia’s largest outbound deal. It helps Russia deepen economic ties with India that stretch back to the Soviet era.

Rosneft will get a 49.13 percent stake in Essar Oil and the two investors, European trader Trafigura and a Russian fund UCP, will hold a similar stake in equal parts, Essar group said in a statement. The rest will be held by retail investors.

The deal will give Rosneft and its partners control of 400,000 barrels per day (bpd) Vadinar refinery in western Gujarat and its 3,500 retail fuel stations in India, where fuel demand is expected to rise by 5-7 years in next few years.

The deal also reduces some of the pressure on Essar, which is controlled by the billionaire Ruia brothers. The group with presence in oil and gas, steel, ports and power, has been under pressure to reduce its debt burden.

“This is the single largest deleveraging ever undertaken in Indian corporate history”, he said, adding overall at the group level the deal has helped bring down debt by 50 percent.

The Group’s revenue without Essar Oil will be in excess of $ 15 billion including operational facilities in sectors like minerals and metals, energy, infrastructure and services, Ruia sad.

“With this deal we have completed our monetisation programme…and the completion of our capex plan we now look forward to a period of growth in our wider portfolio of businesses,” Ruia said.

He said the group has completed a capex plan of 1.2 trillion rupees in the last six years. “We are now refocusing our energy across our new portfolio of business.”