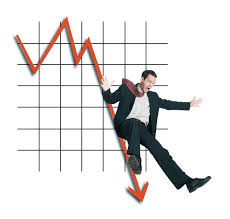 Bored traders with too much computer power have found the key to the next stock market crash: the solar eclipse.

In emails with colleagues and friends, traders are sharing links about the superstitious hypothesis, joking — possibly — that Monday’s total eclipse of the sun could help make sense of the market’s recent slip.

Some blogs refer to the idea as the “Puetz Crash Window,” though the researcher often credited with coining the concept, Steve Puetz, said he became interested after reading about it following “Black Monday” in 1987.

“Not every eclipse turns into a crash,” said Puetz, who is retired in Hawaii and spends his time studying cycles. “You need a bubble to have a crash, but when a bubble forms, they tend to crash near the time of a lunar eclipse.”

Puetz, who has no idea why this may occur, pointed out that the Dow Jones Industrial Average hit a record high on Aug. 7, the same day there was a lunar eclipse. Seasonality and consumer sentiment may also come into play, he said. One factor he doesn’t pay attention to, though, is headlines.

“I sort of discount the news,” he said Friday in a phone interview. “Even when there is like positive or negative news, a day or two later, the market would rebound, depending on whether it’s in a bullish or bearish trend.”

Sometimes, Puetz gets emails from traders who want to learn more about the theory, especially when an eclipse is about to happen, he said.

In an Amazon review of a book Puetz wrote, one person said they bought it to use for trading. “I wanted to see how well these theoretical cycles could hold up to actual stock market behavior; the result: surprisingly well,” they wrote.

Another reviewer recommended avoiding the book, and said much of it was “based on generalities” and not objective science.

“It may not make a lot of sense to a lot of people, but I’m more a statistician,” Puetz said about the eclipse phenomenon. “It just happens an unusually large amount of times, and I can’t explain it. But it seems to be significant.”