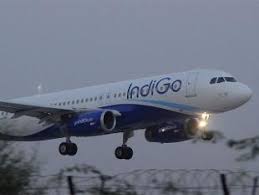 NEW DELHI (Reuters) – India’s biggest airline, IndiGo, said on Friday it had grounded eight Airbus A320 neo jets, in comments that came after local media attributed the action to issues with Pratt and Whitney-made engines in the aircraft.

Local media reported that 13 planes had been grounded, and that the airline was forced to cancel 84 flights. IndiGo, owned by InterGlobe Aviation, said only eight had been grounded and did not say why.

IndiGo and rival GoAir have been facing delays in receiving planes from Airbus due to ongoing problems with engines developed by Pratt and Whitney, owned by United Technologies.

IndiGo said in a statement that some sections of the media were spreading misleading information on the flight cancellations.

IndiGo, which flies four in every 10 Indian air passengers, operates around 900 daily flights.

Shares in InterGlobe were down 3.4 percent at 1410 GMT, against a 1.1 percent drop in the wider market.