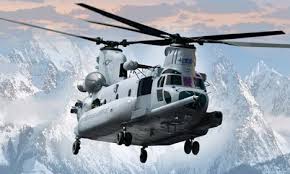 The order follows India’s purchase of 22 Apache and Chinook helicopters from Boeing in 2015.

The Defence Acquisition Council, chaired by the defence minister, also cleared an order for gas turbine engines – worth an estimated 4.9 billion rupees – for two ships currently under construction in Russia, the official said, speaking on the condition of anonymity.