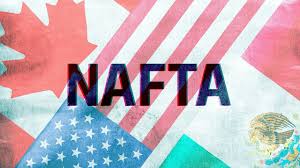 Day 1 of NAFTA talks: ‘This agreement has failed’

Leaders from the U.S., Canada and Mexico on Wednesday officially began renegotiating NAFTA, the three-nation trade pact, in Washington.
Mexican and Canadian leaders started a press conference on a positive note, touting the advantages of NAFTA and saying the new agreement must work for all three nations.

Then, U.S. Trade Representative Robert Lighthizer spoke. He noted that NAFTA has benefited many Americans, such as farmers, and said the U.S., Canada and Mexico have a strong friendship.

But he soon tore into NAFTA, Trump-style.

“For countless Americans, this agreement has failed,” Lighthizer said. “We cannot ignore the huge trade deficits, the lost manufacturing jobs, the businesses that have closed or moved because of invectives, intended or not, in the current agreement.”

Lighthizer said at least 700,000 American jobs have been lost due to NAFTA. He added “many people believe the number is much, much bigger than that.”

The stakes of renegotiation are high. Millions of jobs and thousands of companies rely on NAFTA. American consumers benefit immensely from free trade while factory workers say they’ve gotten the short end of the deal, with their jobs outsourced to Mexico.

The threat facing the pact is real, too. Trump says if the U.S. can’t get a better deal, he’ll withdraw from NAFTA. He’s also threatened to slap tariffs on Mexico, and he’s already slapped some on Canada. They have in turn cautioned that they’ll retaliate against any U.S. tariffs.

Related: Trump’s NAFTA could be a big win for Amazon

Mexican and Canadian leaders framed their desires around “modernizing” NAFTA to reflect more of today’s global economy, including guidelines for e-commerce, which isn’t included in the 23-year-old deal.

“The issue is not tearing apart what works, but rather making our agreement work better,” Mexico’s economy secretary Ildefonso Guajardo said on Wednesday.

“We want to protect NAFTA’s record of job creation and economic growth,” Canada’s foreign minister Chrystia Freeland said. Freeland also delivered remarks in Spanish, which appeared to be a gesture of goodwill toward Mexico.

Negotiations will begin with what isn’t in NAFTA already — digital trade, protection of intellectual property and energy trade, among other topics.

Future rounds of negotiations will take place in Mexico and Canada over coming months.

Thorny issues surround several topics, including where and how car companies manufacture vehicles. Trump’s team sees this as an area where they can reshape NAFTA to create more factory jobs.

Right now, 62% of the parts of a car sold in North America have to come from the region. U.S. officials will likely aim to raise that level, though it’s unclear how much.

But experts caution if companies have to produce more parts in the U.S., it will likely cause American consumers to pay higher prices on cars, clothing and other goods.

“It sounds difficult to achieve both things, something has to give,” says Marcelo Carvalho, head of emerging markets research at BNP Paribas.

Another challenge facing the negotiators: Time. Mexico has a presidential election next year and the front runner, Andres Manuel Lopez Obrador, is a major critic of Trump. Current Mexican officials warn that NAFTA talks need to end before Mexico’s election season starts next spring because it will be very hard to ratify a deal in that political environment.

And Lighthizer noted that Trump isn’t interested in “tweaking” NAFTA. They want a “major improvement.”

Experts say the administration will be challenged to get a truly new deal done before the spring.

“I’m skeptical that you can fundamentally rewrite the agreement in six to eight months,” says Matthew Rooney, economic growth director at the Bush Institute in Texas.

As talks get underway, one lingering question hangs over the three nations.

“If they can’t get an agreement, does President Trump get rid of it entirely?” said Lori Wallach, global trade watch director at Public Citizen, a non-profit. “It depends on the will of the parties.”