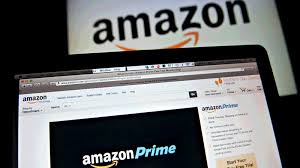 Amazon.com is turning to the debt markets to fund the $ 13.7 billion acquisition of Whole Foods Market and power Jeff Bezos’s planned conquest of the supermarket business.

The world’s largest online retailer is selling $ 16 billion of unsecured bonds in as many as seven parts, according to a person with knowledge of the matter. In a sign of market interest, the longest portion of the offering, a 40-year security may yield 1.45 percentage points above Treasuries, down from initial talk of 1.6 percentage points to 1.65 percentage points, said the person, who asked not to be identified as the deal is private.

The sale marks the first bond-market foray since 2014 for Amazon and will support the purchase of the organic-food chain, according to a company statement. The partnership, which rattled the grocery world when announced in June, is expected to reduce prices at Whole Foods, an iconic yet struggling high-end grocery trying to lure more low- and middle-income shoppers. The deal could intensify a price war in an industry beset by razor-thin margins and persistent deflation.

The e-commerce giant is approaching the market following mega bond deals from AT&T ( $ 22.5 billion) and British American Tobacco Plc ( $ 17.25 billion), and this deal is good for the year’s fourth biggest following a $ 17 billion offering from Microsoft Corp. It also comes at a time when tech companies have been active debt issuers, including a debut offering from Tesla on Aug. 11, and Apple announced Tuesday its first Canadian-dollar debt sale.

Amazon, whose identity straddles between a tech and retail company, has been the bane of the latter’s problems as consumer preferences have shifted to shopping online instead of in stores. That’s what makes this offering attractive and will likely be “very well-received,” said Matt Brill, a money manager at Invesco Ltd.
‘Category Killer’

“You don’t want to own retail because of Amazon — this is the the source of everyone’s problems,” said Brill, who’s planning to participate in the deal. “You get the chance to buy the category killer.”

The bond sale also earned Amazon a two-notch credit upgrade from CreditSights, which now rates the debt as outperform from underperform.

“We are comfortable buying Amazon’s bonds across the entire curve given its strong operating trends and competitive position in both its e-commerce and cloud computing businesses,” analysts led by Jordan Chalfin said in a report.

Bezos, briefly the richest person in the world last month, has built Seattle-based Amazon into a retail giant since its 1994 founding. It introduced the Kindle book reader, adding cloud computing services, producing original television and film programming and selling the home voice recognition product Echo. A surge in the value of Bezos’s stake in Amazon has allowed the company founder to personally invest in such projects as his $ 250 million purchase of the Washington Post in 2013.

Amazon’s growth also allowed Bezos to turn his gaze onto the supermarket business, where the online retailer has struggled to gain traction. Shares of grocery giants Wal-Mart Stores Inc. and Kroger tumbled after the acquisition announcement.
Infrequent Issuer

Amazon has been an infrequent issuer in the investment-grade bond market, with only $ 7.8 billion of debt outstanding as of June 30. It’s rated Baa1 by Moody’s Investors Service and AA- by S&P Global Ratings with a stable outlook.

“Despite the increase in debt, the Whole Foods acquisition is an immediate credit positive for the company on a variety of fronts,” Moody’s analyst Charlie O’Shea said in a report Monday, revising Amazon’s outlook to positive from stable. “Whole Foods provides Amazon with greater scale and a crucial brick-and-mortar presence in a segment where it has been trying to grow.”

Amazon hired banks last week to arrange a series of fixed-income investor calls, a person with knowledge of the matter said at the time. It has received a bridge loan for $ 13.7 billion from banks led by Bank of America and Goldman Sachs to temporarily finance the acquisition. Seattle-based Amazon said in June that it expects to finance the takeover with debt and cash.
‘Growing Fast’

On the calls, which took place Monday, Amazon didn’t offer many clues into its longer-term strategy for the Whole Foods acquisition, which Brill said is a bit unusual given that the company is using debt to fund it. However, the company’s size and track record should give investors comfort, said Jason Shoup, a portfolio manager and strategist at Legal & General Investment Management America.

“The longer-term strategy has yet to be articulated well, but the company is growing fast and has positive free cash flow,” Shoup said. “For now, you basically take comfort in the profitability of the cloud operations,” as Whole Foods will likely serve as a platform to break into the broader grocery industry, he said.