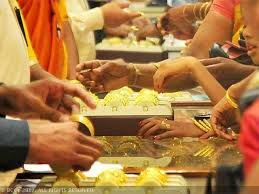 PANAJI, India (Reuters) – India’s gold imports are likely to jump by a third in 2017 to 750 tonnes on restocking by jewellers and as good monsoon rainfall is expected to boost demand in rural areas during the upcoming festive season, a leading refiner told Reuters.

Higher imports by the world’s second biggest consumer will support global prices, which are trading near their highest level in two months, but could widen the country’s trade deficit.

India, whose gold consumption is rivalled only by China’s, imported 557.7 tonnes of gold in 2016, the lowest in 13 years, according to the World Gold Council.

In the first seven months of the 2017, imports more than doubled to 550 tonnes from the same period a year earlier, according to provisional data from consultancy GFMS.

But import growth would taper off in coming months as jewellers had restocked earlier than usual this year, fearing higher taxes, Khosla said on the sidelines of the International Gold Convention in Panaji, capital of India’s western resort state of Goa.

As part of a new nationwide sales tax regime that kicked in on July 1, the goods and services tax on gold jumped to 3 percent from 1.2 percent previously.

“Jewellery demand has improved this year but investment demand is still weak due to a rally in the stock market and the appreciating rupee,” said Prithviraj Kothari, managing director of RiddiSiddhi Bullions.

The rupee has risen nearly 6 percent so far in 2017 and is trading near its highest level in more than two years.

“Monsoon rainfall is normal this year. This will boost rural demand during the festivals,” said a Singapore-based official with a leading gold supplying bank to India.

Two-thirds of India’s gold demand comes from rural areas, where jewellery is a traditional store of wealth.

The quarter ending in December typically accounts for about a third of India’s gold sales since it includes the start of the wedding season and festivals such as Dhanteras and Diwali, when buying gold is considered auspicious.