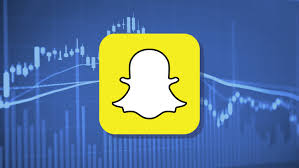 In comparison, Snapchat’s main rival Instagram Stories, where users and businesses can post a string of photos and videos that disappear after 24 hours, had more than 250 million users as of Aug. 2.

Some analysts attributed the miss to Snap’s decision to not issue a forecast, which resulted in aggressive Street estimates.

“We feel that Snap’s unwillingness to provide Street guidance will continue to be a disservice to shareholders as estimates continue to fluctuate wildly and it introduces unneeded uncertainty into results,” Jefferies analysts wrote in a client note.

Snapchat launched in 2012 as a mobile app is popular among people under 30 who enjoy applying bunny faces and or other filters on to their pictures. One of its colorful filters, the animated rendering of a dancing hot dog, was viewed over 1.5 billion times in snaps created by Snap’s users.

While engagement of the messaging app was good, the slowing user growth has been a cause for concern.

Snap’s user growth was also hurt by problems faced by users of Android-based phones, mainly outside the United States. The company said it was working to improve the performance of its app on Android phones to bring it at par with the iOS app.

“We’re still in the early stages of making these improvements, and I would estimate that we won’t begin to see the meaningful results of these efforts until the second quarter of next year,” Chief Executive Evan Spiegel said on a conference call on Thursday.

At least seven brokerages cut their price targets on Snap. Jefferies cut its price target the most—from $ 30 to $ 16.

Of the 36 analysts covering Snap’s stock, only 11 have a “buy” rating or higher. Eighteen have a “hold” rating and seven a “sell” or lower. Their median price target is $ 19.

Shares of the social media company were down at $ 12 in premarket trading on Friday, about 19% below its March IPO price of $ 17.