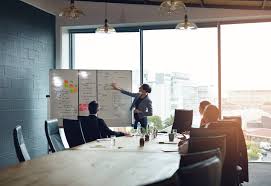 These 72 Companies Are in the Eye of the Nuclear Storm

Terrified by the fireworks over North Korea? For global business, the real eye of the storm is Asia, where three of the region’s industrial giants are facing an attack that would decimate their populations and businesses, and start a global depression.

President Trump’s stern warning that North Korea’s threats will be met by “fire and fury like the world has never seen” raised fears of a nuclear attack on America’s western coast, causing countless deaths and decimating the wellspring of America’s prosperity, the tech titans of Silicon Valley.

Though the prospect is terrifying, it’s highly uncertain whether North Koreas fast-evolving weapons technology is capable to delivering a nuclear warhead to Seattle or San Francisco. But war with the U.S. also means war with three neighboring enemies of North Korea, and allies of America—Japan, South Korea and Taiwan. North Korea could attack those nearby nations with either conventional or nuclear weapons, with a much higher probability of inflicting devastating damage.

Those three nations harbor a enormous share of the industrial and financial power of the global economy. Of the companies on Fortune’s annual Global 500 list, 72 are based on Japan, South Korea and Taiwan, with Japan heading the list at 51. Their revenues total $ 3.735 trillion, or one in every eight dollars of the Global 500’s sales.

Business in these highly-vulnerable nations is heavily concentrated in three sectors, autos, tech, and finance. An attack would decimate a broad swath of the world car production by hobbling Toyota, Honda, Nissan, Mazda, Suzuki, and Subaru of Japan, as well as Hyundai and Kia of South Korea, not to mention such parts makes as tire manufacturer Bridgestone of Japan.

The tech sector in those three nations features a roster of the world’s biggest names in consumer electronics and industrial automation, from Sony. Panasonic and Mitsubishi Electric of Japan to Samsung of South Korea, to no fewer than four Global 500 members from Taiwan, ranging from Hon Hai in electronics to Pegatron in computers and office equipment. The third major sector, financial services, is surprisingly strong. Its $ 682 billion in revenues account for almost one-fifth of that total for Global 500 companies headquartered in the three nations. Japan is a powerhouse in both insurance (Nippon Life, Dai-Ich Life) and banking (Mitsubishi UFJ, Sumitomo), but South Korea and Taiwan also three major entrants in the financial sector, insurers Hanwa and Samsung Life in the former, and Cathay life in the latter.

Put simply, the three nations that flank South Korea across a 1300 mile crescent probably face a far greater threat than the U.S., simply because their proximity makes the success of an attack so much greater. But the destruction of supply chains in everything from autos to appliances, the freeze on lending from Asian banks that powers business worldwide, and the virtual destruction of giant insurers whose support keeps the world’s planes flying and cities rising, would bring the world’s economy to its knees.

The Korean threat has finally halted a 10-day run of records for U.S. stocks. But so far, the damage to U.S. markets has been miniscule. It’s time for investors to take a hard look real risks—the potential ground zero for world business, the critically-vulnerable neighborhood surrounding the world’s most dangerous state.