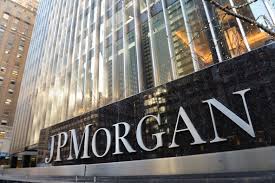 JPMorgan Chase & Co. is among four banks sued by a trustee for investors in the debt of Millennium Health LLC, alleging the lenders failed to inform them of a probe into the billing practices of what was once the largest drug-testing laboratory in the U.S.

In December 2014, just eight months after Millennium sold a $ 1.8 billion loan to investors through JPMorgan, the Justice Department told Millennium managers that they were joining lawsuits filed by whistle-blowers relating to its billing, according to the complaint filed this week in New York state court. Three months later, two federal health-care agencies threatened to revoke the company’s ability to bill Medicare based on allegations that Millennium falsely charged the program, the trustee claims.

JPMorgan, who was an agent on the loan, “failed to notify” investors about the problems, according to the complaint. When the investors found out in May, the loan’s value started dropping. It tumbled to just over half of face value by June as investors grappled with what the disputes would mean for a company that received much of its revenue from the government.

“We do not believe the trustee’s claims have any merit,” Tasha Pelio, a JPMorgan spokeswoman, said in an email. “It is certainly unfortunate if any hedge fund, financial institution or other lender lost money as a result of what happened at Millennium, but we believe JPMorgan acted appropriately at all times.”
Ownership Team

Millennium, which had been owned by its management team and private-equity firm TA Associates Management, was in bankruptcy talks by September, Bloomberg News reported at the time. The company, which isn’t named as a defendant in the complaint, didn’t immediately respond to a request for comment.

JPMorgan knew federal authorities were investigating Millennium when it sold the loan, but didn’t tell investors who were about to buy the debt, Bloomberg News reported in 2015. The bank didn’t tell investors about the issue because it wasn’t material information, according to the report.

The trustee alleges the investors didn’t find out about the probe until May 2015, when Millenium informed them it had reached a $ 265 million settlement in principle with the federal government and state Medicaid programs to resolve the probe into its billing practices. The company finalized the settlement in October 2015 of that year and filed for bankruptcy protection a month later, according to the suit.

The trustee is representing what’s left of lenders’ claims against the firm, which filed for Chapter 11 bankruptcy protection in November 2015 and exited from bankruptcy less than 40 days later. The trustee says its beneficiaries include about 400 investors that bought the loan, including mutual and pension funds, universities and other large investors.
Other Banks

The suit also names the other banks that gave a revolving loan to Millennium, including units of Bank of Montreal, Citigroup Inc., and SunTrust Banks Inc. Mark Costiglio, a Citigroup spokesman, declined to comment. Representatives for TA Associates, Bank of Montreal and SunTrust didn’t have immediate comments.

The banks “willfully turned a blind eye” to what they learned about the company while conducting due diligence before selling the loan, the complaint said. The materials the banks prepared for the sale “misrepresented” Millennium’s litigation exposure and the “legality of its business practices,” according to the complaint.