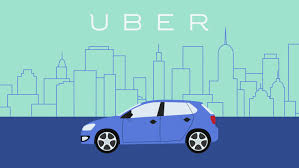 More bad news for Uber: One of its strategic partners is investing in a fast-growing rival in the Middle East.

The size of the investment was not disclosed. It formed part of a $ 500 million fund raising round.

Daimler partnered with Uber earlier this year to operate self-driving cars on the app’s network.

Uber CEO and co-founder Travis Kalanick, who stepped aside indefinitely earlier this week, said at the time that working with Daimler was “crucial” for the company’s future.

Uber has been hit by a series of PR crises and an executive exodus in recent months, casting doubt on the $ 68 billion startup’s leadership and momentum. It currently has no COO, CMO, CFO or president.

Related: Here’s what’s wrong with Uber — according to Uber

Kingdom Holding will hold a 7% stake in Careem and have a seat on its board.

Daimler is not alone in trying to hedge its bets in the ride hailing market. Prince Alwaleed already holds a stake of about 5% in Lyft, Uber’s big global rival.

And Saudi Arabia’s sovereign wealth fund, which through Saudi Telecom now has an indirect stake in Careem, invested $ 3.5 billion in Uber last year.

Mudassir Sheikha, co-founder and CEO of Careem, said in a statement that he was excited to win the backing of Kingdom Holding and Daimler, and he described the growth potential in the region as “huge.”

Careem operates in 80 cities in 12 countries, including Pakistan and Egypt. It recently launched in Turkey and the Palestinian territories.