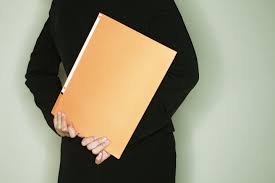 An agency created to protect the interests of American consumers may be gutted by the Trump administration’s pursuits to cut back federal regulations.

The Consumer Financial Protection Bureau, which was created by the Dodd-Frank measures to hold financial institutions accountable for customer grievances about their products, is the latest reform to come under scrutiny.

Conservatives target the CFPB along with other Dodd-Frank regulations in the Financial CHOICE Act, which passed the House of Representatives on Thursday. The bill would prohibit the CFPB from publishing data — which can currently be found here — about the complaints it receives, meaning that consumers would have less information when making financial decisions.

The Treasury department released a report Monday that recommends keeping this data from the public, citing that only government authorities should have access to the information.

Companies have long claimed the bureau is overreaching. The Treasury backed up this viewpoint in the report, saying the CFPB “subjects companies to unwarranted reputational [sic] risks.”

Consumer advocates agree that the current database should delineate more clearly between complaints that have been investigated and false accusations, but also make the argument that the bureau should disclose even more data.

The bureau has processed nearly 800,000 complaints since its inception, according to CFPB records. As a result, the watchdog has been responsible for $ 11.8 billion dollars in returns to 29 million U.S. consumers, which breaks down to an average $ 407 returned to the 9% of the U.S. population affected. This back-of-the-napkin math assumes no customer was a victim in more than one case.

Complaints submitted to the CFPB played a role in resolving misconduct at Wells Fargo, Bank of America, and PayPal. The bureau has also targeted unfair student loan practices and predatory payday lending.

The agency gives consumers a cost-free avenue to hold large companies accountable, making it possible to correct issues that would have been ignored or addressed only by parties that could afford expensive court proceedings. The CFPB also provides data and research to help Americans make informed financial decisions.

“This report calls for radical changes that would make it easier for big banks to cheat their customers and spark another financial meltdown,” Sen. Elizabeth Warren, who worked to ensure the consumer protection measures were included in the 2010 Dodd-Frank reforms when she was a Harvard Law School Professor and congressional advisor.

The CHOICE act has virtually no chance to pass the Senate, but the debate about the CFPB will likely continue.

A court decision in October of last year declared the structure of the CFPB unconstitutional due to the unusual amount of power vested in a single director of the organization. Unlike other independent agencies, which typically report to a commission, the bureau was accountable only to the director. Rather than shutter the agency, the DC Court of Appeals ruled the president should have the power to dismiss the director at will.

The Department of Justice filed an amicus brief on March arguing that the president should have this authority ahead of the hearing to re-examine the October ruling. Oral arguments were held May 24th in front the Federal Court of Appeals for the D.C. Circuit, but a decision likely won’t be handed down until late summer or early fall 2017.

The DOJ brief and the recent Treasury report showed that the Trump administration is firmly siding with Republicans in Congress on this issue. And Treasury Secretary Steve Mnuchin has said the CFPB should be funded by Congress, rather than the Federal Reserve.

“It may not survive the way we know it through this administration,” consumer attorney Deepak Gupta, who worked at the CFPB in its early days, said of the agency in November.