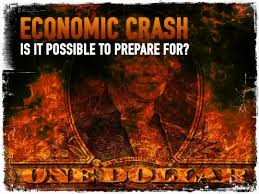 Jim Rogers Sounds Alarm On The Coming Economic Crash: “It’s Going To Be The Worst In Your Lifetime”

When it comes to economists, investors, and all manner of financial observers, there is only one way to measure the value of their opinion. Are they good at predicting the future? Obviously, no one can predict the future with 100% certainty, but they should be able to make some broad predictions with reasonable accuracy. If they don’t have a good track record of that, then their opinions are worthless.

World famous investor Jim Rogers doesn’t have that problem. Since the 1970’s, he’s consistently made a killing every time the global economy has taken a nosedive. You can only do that if you have gift for prognostication, and Jim Rogers has it. However, his latest prediction is alarming to say the least.

During a recent interview with Business Insider CEO Henry Blodget, Rogers predicted that another global economic crash will arrive within the next year or two, and that it will largely be fueled by the massive debt obligations and financial bubbles that grew to mind boggling levels after the last financial crisis. When asked how serious this crash is going to be, he gave a sobering warning.

No, it’s going to be serious stuff. We’ve had financial problems in America — let’s use America — every four to seven years, since the beginning of the republic. Well, it’s been over eight since the last one. This is the longest or second longest in recorded history, so it’s coming. And the next time it comes — you know, in 2008, we had a problem because of debt. Henry, the debt now — that debt is nothing compared to what’s happening now.

In 2008, the Chinese had a lot of money saved for a rainy day. It started raining. They started spending the money. Now, even the Chinese have debt and the debt is much higher. The federal reserves, the central bank in America, the balance sheet is up over five times, since 2008. It’s going to be the worst in your lifetime, my lifetime too. Be worried.

In fact, he thinks that it’ll be so bad, that the world is going to look drastically different after the crisis passes.

Don’t be fooled by the financial analysts you see on TV, who are all busy remarking on how high the stock market is, and how low unemployment has become since the last financial crisis. Times are always good before the crash. Life is always a joy when you’re living unsustainably. It stops being fun once the bills are due, and they’re going to come due for our economy very soon. And people like Jim Rogers, who make their living on predicting these events, are sounding the alarm.

Photo: “WHO LOOKS DOWN” by marc falardeau is licensed under CC BY