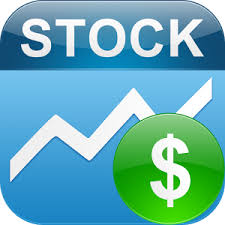 As hawkish as he was as a presidential candidate—advocating, for example, that the U.S. “bomb the hell out of ISIS”—as Commander-in-Chief, Donald Trump has sent some mixed signals to the aerospace and defense industry. Investors remember, in particular, a stretch in December, when the President-elect’s breakfast routine apparently included lobbing Twitter attacks at America’s biggest government contractors.

There was the day he targeted Boeing (ba) with a tersely tweeted missive to “Cancel order!” for a new Air Force One, shaving 1% off the planemaker’s stock. A week later, he similarly fired away at Lockheed Martin’s F-35 fighter jet program, whose costs, Trump tweeted, were “out of control.” Lockheed stock swooned as much as 4% that morning, then another 2% just before Christmas when Trump threatened to revoke its contract—and hire Boeing to build a jet instead. “There is a lot of noise, and the noise is going both directions,” says Dan Denbow, senior portfolio manager for USAA.

Indeed, since taking office, Trump has become a powerful ally of the Boeings, Lockheeds, and Northrop Grummans (noc) of America, contractors that are also among the largest U.S. manufacturers and biggest taxpayers. Bumps aside, Boeing has seen its stock rise 31% since the presidential election. The S&P 500 aerospace and defense index is up more than 21% over the same span, nearly double the returns of the broader market. Now investors believe that Trump could be the best thing to happen to the sector in years, with the Commander-in-Chief promising “historic” increases in U.S. defense spending (which has declined 17%, to $ 585 billion, since its peak in 2011) and an enormous expansion of the U.S. Navy to 350 ships, up from the current 275. “We’re in the early innings of a defense up cycle,” says Jason Adams, an aerospace and defense analyst at T. Rowe Price, who has recently been making the rounds to clients explaining why the asset manager is currently overweight in the stocks.

After all, companies that make airplanes and armaments for the U.S. and other governments—not to mention passenger jets, the safest mode of transportation for civilian travel today—have a proven ability to survive even unsympathetic Presidents and recessions, in peacetime as well as war. In fact, on this year’s Fortune 500, of the 54 companies that have made the list every year since its launch in 1955, eight are in the aerospace and defense industry. A handful of others are industrials that contribute engines and other parts for both military and commercial planes.

Military contractors, employing multitudes of engineers and, yes, rocket scientists, are also something of a stealth center of American innovation, responsible for breakthroughs in everything from autopilot (now the foundation for self-­driving cars) to fiber-optic networks (being used by Google (googl) and others to provide ultrafast Internet) and semiconductors. “The things that we as consumers today just take for granted were pioneered by these companies,” says James Cross, vice president, research analyst, and portfolio manager with Franklin Equity Group. “These companies classified as old-world metal benders are also on the leading edge of a whole host of technology.”

Of course, those advances have largely been driven by necessity, and the bull case for defense stocks is partly based on the fact that the world has become a scarier place than many of us believed just a few years ago. Since 2013, Russia has invaded Crimea, putting much of Eastern Europe on alert; North Korea has persisted in testing its slowly improving missiles; ISIS and its followers have made mass terrorist attacks an all-too-regular occurrence; and cyberattacks have emerged as a formidable danger, from the WannaCry ransomware that crippled businesses worldwide to the revelation that foreign hackers likely interfered in the U.S. election. “The threat environment has become more complex, and the list of worry items has lengthened,” says Cross.
RAYTHEON (RTN, $ 163) (rtn)

One company addressing those threats on multiple fronts is Raytheon (No. 116 on this year’s 500 list), the defense company that also invented the microwave oven shortly after World War II. When Trump ordered a strike on Syria in April in response to the Assad regime’s chemical attacks, the U.S. military used 59 of Raytheon’s Tomahawk missiles to carry it out—and promptly placed another order. Investors like Raytheon because it’s a provider of high-tech weapons systems that can be guided to long-distance targets by computers while keeping U.S. soldiers out of harm’s way—an approach the military is increasingly shifting to for the future. “What’s the point if you’re dropping dumb bombs off a great new aircraft?” says Cross, who manages the Franklin Small-Mid Cap Growth fund. “You need both.”

Raytheon is likely to be a major beneficiary of the nearly $ 110 billion arms deal Trump signed in May with Saudi Arabia. Already on track to grow earnings at a clip of 10%-plus through at least 2019, Raytheon is also enjoying international demand from other countries, such as Poland, where a deal worth as much as $ 7.6 billion is currently pending.

Raytheon benefits from its focus on perennial staples of modern warfare. “They don’t make ships. They don’t make planes. They don’t make tanks. They don’t make submarines. They make missiles,” says Chuck Harris, director of research at ClearBridge, which is a major owner of Raytheon stock. At the same time, its wide range of products, which includes cybersecurity technology, makes its revenue more stable. Its more than 8,000 contracts mean it’s less dependent on any one program than the typical defense company. Raytheon stock, trading a little under 22 times estimated earnings for the next 12 months, is not cheap, but Harris thinks the valuation will be justified by accelerating growth in the next few years. “Unfortunately, we believe the threat is high enough that spending for their product is going to continue to increase,” he says.
BOOZ ALLEN HAMILTON (BAH, $ 39) (bah)

When the U.S. government gets nervous about getting hacked, its first call is often to Booz Allen Hamilton (No. 481). “This is the preeminent cybersecurity franchise in the government-­contracting industry,” says Adams. Rather than selling the software itself, “Booz Allen Hamilton sells you the best systems engineers in the world,” he adds. And yet Booz Allen, which grew revenue 11% last quarter, trades at 21 times estimated earnings, far lower than Silicon Valley cyber stocks like Palo Alto Networks, which has a forward price-to-earnings ratio of 45. “This is an entire new category of defense investing,” adds Cross.
LOCKHEED MARTIN (LMT, $ 284) (lmt)

The defense giant behind the F-35, Lockheed Martin (No. 56) has reached a truce with President Trump (in part by pledging to bring 1,800 new jobs to Texas) and is moving ahead with the next-generation fighter jet. The one-seater plane is packed with enough sophisticated technology to make it a mission control center in and of itself, from reconnaissance sensors to radar-evading technology that allows it to sneak up on enemies undetected. Lockheed offers “incredible amounts of technological ability that we don’t think Wall Street always understands,” says Cross.

Lockheed already has buyers lined up for the fighter in the U.S. Air Force, Navy, and Marines, plus at least 10 other countries; Saudi Arabia is also expected to order some F-35s. “That’s still very early days, so that’ll have a good tailwind, pardon the pun, for Lockheed as that program rolls out,” says Denbow, who believes the company’s costs will also come down the more F-35s it makes, as production becomes more efficient. By 2018, Denbow thinks, Lockheed’s earnings will accelerate to a yearly growth rate of 10% or more for years to come, perhaps giving it room to further boost its dividend, which has grown at least 10% annually for the past 14 years, and currently yields 2.6%.
BOEING (BA, $ 187) (ba)

The kind of technology found on F-35s is also landing on commercial flights, creating what investors are calling the “connected plane,” the way Internet-of-things gadgets have given rise to the “smart” home. Boeing (No. 24), whose latest planes generate 10 times as much data as its previous models and can also be equipped with high-speed Wi-Fi, is now selling services to airline customers to harness that information to make maintenance and air-conditioning more efficient. The company has racked up a “tremendous” backlog for its newest 737 MAX and other planes, says ClearBridge’s Harris, setting it up to boost earnings and profit margins through 2021 and beyond. “It’s a nice equation for ­success for the next several years,” he says. Boeing also makes transport helicopters and fighter jets, ­programs that are in line to get a piece of Trump’s $ 52 billion proposed budget increase for the military.
HONEYWELL (HON, $ 133) (hon)

Though it’s more of a diversified industrial company than others on this list, Honeywell (No. 73) claims to have made something for every commercial, military, or space aircraft flying today. The company has also sent its “smart” wireless tech 51,000 feet up: Its touch screens can be found on planes in both the cockpit (supplying real-time weather updates and 3D maps) and cabin (offering on-demand movies). “We’re in the very early stages of exploring that opportunity set,” Adams says. If investors are right, such stocks are ready for takeoff.

A version of this article appears in the June 15, 2017 issue of Fortune with the headline “Defending Your Portfolio.”