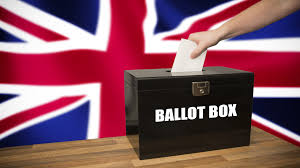 1. The Comey show: Former FBI director James Comey will deliver the most anticipated Congressional testimony in years when he speaks on Thursday about his interactions with President Trump.

Comey was fired by Trump last month as the FBI was in the midst of conducting an investigation into Russian efforts to interfere with the U.S. election.
Comey’s prepared testimony said Trump directly asked him to “let go” of an investigation into former national security adviser Michael Flynn.

2. U.K. election: Polls have opened in the U.K., 52 days after Prime Minister Theresa May called for a surprise general election.

Only two people have a realistic chance of being the next Prime Minister: May, the incumbent, or Jeremy Corbyn, the leader of the Labour party.

Investors will begin reacting to the vote around 5:00 p.m. ET when a key exit poll is released.

The pound will be the best barometer of market reaction in the hours after the polls close.

3. Yahoo vote: Yahoo shareholders will vote on Thursday whether the company should be sold to Verizon (VZ, Tech30) for $ 4.5 billion. It’s widely expected to be approved and Yahoo shares are rising in premarket trading.

It will mark an end for the once pioneering company that was founded 22 years ago. Former Google (GOOGL, Tech30) exec Marissa Mayer tried to reshape Yahoo (YAHOF) with a focus on media and mobile, but ultimately failed. She’ll receive a $ 186 million payout.

5. Crude awakening: Investors will be keeping an eye on oil after crude prices fell by just over 5% on Wednesday.

Investors hit the ‘sell’ button after seeing a report showing a bigger-than-expected build up in U.S. crude inventories.

Crude futures have now steadied and are trading around $ 46 per barrel.