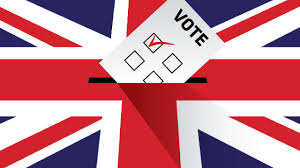 Prime Minister Theresa May called a snap U.K. general election in the hope of strengthening her hand in negotiations to take Britain out of the European Union.

But that gamble has backfired: Rather than handing May a landslide victory, the election wiped out her parliamentary majority after a surge in support for the opposition Labour Party.

May has ignored calls to resign, and will try to form a government with the support of a smaller party.

So what does that mean for Brexit, the single issue that could determine the economic prospects for the U.K., and the prosperity of its people for years to come?

Will Brexit be reversed?

That is highly unlikely, although not impossible.

May’s Conservative Party and the Labour Party campaigned on a commitment to honor the result of the June 2016 referendum, when 52% of voters backed Brexit.

And those two parties together have taken a bigger share of the overall vote than in the 2015 election.

In a speech Friday, May said her new minority government would “deliver on the will of the British people by taking the United Kingdom out of the European Union.”

Could Brexit be delayed?

Following last June’s Brexit referendum, the process officially started in March when May served formal notice of Britain’s intention to leave the EU.

That started the clock ticking on a two-year period that should end in March 2019 with the U.K.’s departure.

Detailed negotiations haven’t yet started, however. The EU wanted those to begin on June 19, but they could be delayed if May’s attempt to form a new government fails or if she’s unable to build a consensus around an opening position for talks.

“We don’t know when Brexit talks start. We know when they must end,” tweeted Donald Tusk, president of the European Council. The EU chief Brexit negotiator, Michel Barnier, said talks should begin when the U.K. is ready.

May said her new government would “guide the country through the crucial Brexit talks that begin in just 10 days.”

The obvious risk is that a minority government could be an unstable and unreliable partner for EU negotiators. Betting firms say there’s a significant chance of another election this year.

“If this is a minority Conservative government, then it might be a government that doesn’t last very long, and we might head for another election,” said Tim Bale, professor of politics at Queen Mary University of London.

“I think the EU might be very reluctant to agree anything until they know who the government in the U.K. will be for the next three or four years,” Bale said.

If talks stutter, the March 2019 deadline for leaving could be pushed back, but it would need the agreement of all 27 of the remaining EU members.
brexit ahead

Why does that matter?

Business and investors want clarity about the terms of Brexit as soon as possible, because they need to know what kind of access U.K. companies will have to Europe’s vast free trading area in future.

Already, some banks have started moving jobs out of the U.K. and into other European countries because they fear they’ll lose business after Brexit if they don’t.

Ryanair(RYAAY) has switched its investment focus away from the U.K., and other companies are reconsidering their plans.

“What really matters is whether people put investment on hold,” said Tim Besley, professor of economics and political science at the London School of Economics. “And there’s already uncertainty about Brexit … and we will see more uncertainty. We have no clue on what’s going to come out of Brexit.”

Millions of EU citizens living and working in the U.K. also need certainty about their status. Recent data showed some are not prepared to wait any longer, and are starting to leave.

The shock election projection sent the pound lower against the U.S. dollar and other currencies. The U.K. economy has already suffered a sharp slowdown — it was the weakest performer in Europe in the first quarter — and prolonged uncertainty over Brexit could do further damage.

The election result could have a big impact on the final shape of Brexit. The lack of a clear majority for any party could force a more conciliatory approach.

“If a hung parliament forces a cross party compromise it could lead to a softer Brexit strategy, and may turn out to be positive in the long run after some serious initial confusion,” said Kallum Pickering, economist at Berenberg bank.

May had promised a clean break — or “hard Brexit” — taking Britain completely out of the EU’s common trading area and reducing the number of people coming to the country from the EU.

She had even threatened to walk away from Europe without paying a hefty divorce bill or striking a new trade deal — the nightmare scenario for business and the economy.

Europe’s top economic and finance official, Pierre Moscovici, said the election result was likely to have an impact “on the character of the negotiations.”

Labour won’t use its stronger position in parliament to try to reverse the decision to leave the EU, but it does want to retain “the benefits of the single market and customs union.”

Some analysts said it was hard to see May’s Conservative party softening its line significantly on remaining in the EU single market because it would mean accepting the free movement of people and that would make it much harder to control immigration.

Related: The harsh reality of Brexit is finally setting in

But crashing out of the EU without some kind of deal now looks much less likely.

“This result certainly doesn’t mean that you are going to the Brexit negotiation with the kind of stand Theresa May and [Brexit secretary] David Davis had,” said Patrick Dunleavy, political science professor at the London School of Economics.

“The ‘we can walk without a deal’ strategy now looks completely dead.”

May said she wants to “secure a new partnership with the EU which guarantees our long term prosperity.”