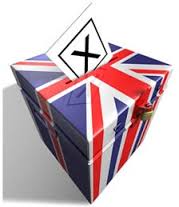 British Business Is Trying Not to Freak Out Over the U.K. Election

Business in the U.K. is doing best not to freak out after the country’s general election left it facing even more uncertainty about the future than ever before, as it prepares to pull out of the European Union and chart a new course on its own in the world.

Ahead of the election, business had been expecting Theresa May’s pursuit of a strong mandate for her vision of a ‘Hard Brexit’ – outside the EU’s Single Market and its Customs Union – to at least provide some clarity about the direction of travel, even though it was the worst outcome on paper for pretty much everyone. But even that hope has gone now. Instead, the specter of yet another election, which would consume even more of a perilously short timeframe for Brexit negotiations, has taken its place.

But Brexit isn’t the only game in town, as May found out to her cost. There is the issue of the economy, pure and simple. The silver lining, says Oxford Economics analyst Martin Beck, is that “public dissatisfaction with the direction of economic policy suggested by the Labour Party’s gains may compel a Conservative-led government to adopt a more growth friendly fiscal policy.” That’s to say less austerity and more activism to support incomes.

MORE: The New York Times Is Offering a $ 6,000 Brexit Apocalypse Tour of London

Here are some of the reactions from the sectors most at risk from the Brexit process — and from any fresh slide in sterling that it may trigger.
The Confederation of British Industry (which represents big business):

“We need to move much faster to fix the foundations of the U.K. economy and our productivity problem. We need meaningful progress on a modern industrial strategy by the end of the year, with real change on the ground on skills, infrastructure and innovation.

“With only ten days before Brexit talks begin, the UK needs to be fast out of the blocks. Agreeing transition arrangements and guaranteeing EU citizens’ rights should be early priorities to get the talks off to a good start and show to the world that trade and people come first.”
The Institute of Directors (a business-funded think-tank):

“Business leaders will be acutely aware that Parliaments without majorities are more prone to politicking and point-scoring than most…The last thing business leaders need is a Parliament in paralysis, and the consequences for British businesses and for the U.K. as an investment destination would be severe.”
The Trades Union Congress (the U.K.’s labor union federation):

“The next government must deliver a new deal for working people. They should implement popular policies from the campaign – like banning zero-hour contracts, pushing up the minimum wage and delivering a long overdue pay rise for nurses, midwives and all public servants.

“And it’s clear that there is no mandate for a no-deal Brexit. The government should go back to the drawing board and negotiate a Brexit deal that puts UK jobs, decent wages and workers’ rights first.”

MORE: Theresa May’s Brexit Strategy Is In Tatters—And the EU Knows It
Mike Hawes, CEO of the Society of Motor Manufacturers and Traders:

“It’s important a government is established as quickly as possible to provide political and economic stability. UK Automotive is vitally important to the UK economy and jobs across the country and now more than ever we need strong engagement by government with the industry, both on the domestic agenda and in European negotiations, to secure future growth and investment in our sector.”
Anthony Browne, CEO of the British Bankers’ Association:

“The results of yesterday’s election are in, but what it means for politics and policy over the coming period is less clear. Politicians across all parties must focus on delivering certainty and economic stability to ensure businesses can continue to deliver for their customers. The negotiations on the UK’s departure from the EU are due to start in just a few days’ time and the deal that must be reached as part of that process will have significant implications for banks, business and consumers across Europe. Securing a phased process of implementation will be paramount in delivering a Brexit deal that protects the interests of customers and clients in the UK and EU.”
Chris Cummings, CEO of The Investment Association (which represents the Fund Management Industry):

“Once again, the British public has confounded experts and pundits to deliver a verdict that few predicted…Cool temperaments must prevail over hot heads in the coming days and weeks, as the country charts a way forward in the biggest domestic and foreign policy challenges it has faced since the Second World War, in particular our new relationship with the EU.”

Utilities had been under the cosh ahead of the election, after May tried to steal some left-wing votes with a promise to impose price caps on standard-rate bills that account for over half of revenues for U.K. electricity and gas suppliers. But an insider with one of the U.K.’s ‘big 6’ told Fortune that the price cap now looks less likely. Most of May’s Conservative colleagues had seen the move as a betrayal of the free-market legacy of Margaret Thatcher, and May certainly doesn’t have the political capital within her party any more to antagonize it with making the price cap a priority. “It’ll be kicked into the long grass somewhere,” the insider said – most likely in the form of a long-winded and ultimately inconclusive report by the regulator Ofgem.
The Food and Drink Federation:

“The nation has delivered its verdict and the country demands leadership at this uncertain time. Politicians across all the parties must come together to deliver in the national interest so the U.K.’s 110 billion pound ($ 140 billion) food and farming industry can continue to thrive. The Brexit clock is ticking loudly and the country will not forgive a failure to act.”

MORE: Hanging in There — Theresa May Stays U.K. PM, for Now

There was also a cautionary tone from the German Engineering Association VDMA, whose members stand to lose unrestricted access to the U.K. market, one of Germany’s biggest export destinations. CEO Thilo Brodtimann said:

“The unclear political situation after the U.K. elections will make the Brexit talks even harder…The British will find it hard to start the talks as scheduled on June 19. The risk [is] that, as a result, we end up without an agreement (on future trading arrangements), is rising. In view of a Brexit timetable that is in any case very tight, the new British government must very quickly find a way to contain the damage to the local economy.”

Then there was Irish-based discount airline Ryanair to lighten the tone. Even though it depends on the U.K. for over 35% of its business, and even though airline landing rights are one of the bigger uncertainties of the post-Brexit landscape, it wasn’t passing up a golden opportunity for some characteristic self-promotion: Ryanair, Europe’s No. 1 (and strongest and most stable) airline, today lunched a Hung Parliament special seat sale with fares on over 60 routes to Europe on sale from just £9.99 ($ 12.70) – ensuring everyone can get as many seats as they need. Seats (for the many, not just the few) are on sale now for travel between June and September, but must be booked before midnight Monday (12 June) and can only be found on the Ryanair.com website.

Communications head Robin Kiely said that “it looks like nobody got enough seats in the General Election — so we’ve put over 50,000 on sale from just £9.99.”