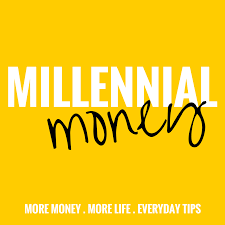 When it comes to money matters, millennials don’t always get a good rap. These young adults are likely to view themselves in good financial health so long as they make the bills at the end of the month, let alone stow a little extra away for retirement. But don’t mistake them as financial illiterates. In fact, there are some common ways millennials handle their money that could benefit the older generations. (See also on WiseBread.com: 6 Ways Millennials Have Changed Money So Far)
1. Get CreativeAs retirees age, their expenditures fall — but their income drops even faster. Perhaps retirees, who are unlikely to jump back into the traditional workforce due to a suddenly trickling cash flow, can benefit from some millennial-style money tactics. Indeed, millennials know how to get creative when it comes to their earnings. The old rules simply didn’t apply to this generation of ’80s and ’90s babies that entered adulthood during the uncertainty of the financial recession. So, they made their own rules. They found their own innovative ways to survive. And now, as they continue to develop a distinctly entrepreneurial spirit, many millennials are beginning to thrive.

More than any other generation, millennials have embraced the sharing economy, in which a lawn mower, their car, or a spare bedroom can become a valuable source of revenue. The average Airbnb host earns more than $ 20,000 a year renting out a full, two-bedroom apartment or house in a major city, and this is exactly the kind of peripheral revenue stream that millennials have become accustomed to seeking out for themselves.

When it comes to ride-sharing, 21% of millennials have used user-powered programs like Lyft and Uber to save money while on vacation. Among other age groups, those numbers are much lower — 7% for gen-Xers and 4% for baby-boomers. For older retirees, the percentage is presumably even lower. Yet transportation is a significant expense for most retirees, and it’s one that could potentially be lowered through the use of ride-sharing — not only during a vacation, but on a daily basis. Older households spend about $ 8,000 a year on transportation, ranging from a high of $ 9,321 for the 55 to 64 age group, to a low of $ 5,091 for the 75-and-older group, according to federal data.
2. Don’t Buy Stuff, Spend on Experiences Instead

Millennials highly value experiences — concerts, yoga festivals, French lessons, surf lessons, palm readings, trips to Italy — and they are increasingly willing to fork over more and more money to get them. All told, 78% of millennials would choose to spend money on a desirable experienceor event over buying something desirable, and 55% of millennials say they’re spending more on events and live experiences than ever before, according to a 2015 study by Eventbrite. What’s more, nearly eight in 10 millennials say some of their best memories are from an event or live experience they attended or participated in, while 69% say attending live events and experiences make them more connected to other people, the community, and the world.

As it turns out, there’s scientific evidence to support the idea that people of all ages who spend money on experiences rather than things have a greater shot at attaining happiness. More than stuff, experiential pursuits promote greater happiness, psychologists have found. Perhaps painting lessons, bowling clubs, and a little international travel might also hold the key to a happy retirement.
3. Save Like You Mean It

A recent survey by T. Rowe Price found that 67% of millennials will save by any means necessary. One reason might be this: It’s reassuring to have a stash of cash available for emergencies, and this fact very well may be a major motivator for young adults who came of age during the recession, when jobs were scarce and layoffs were commonplace.

Older generations could benefit from that same mentality. Saving by any means necessary, as if the financial future was completely uncertain, will help build up a money cushion should the worst actually happen.
4. Embrace Technology

Millennials are famously tech-savvy, and they’re using their familiarity with mobile apps to track their investments, as well as their spending and saving habits, in real time. Tools like Mint and Digit make financial planning quick and easy, while Acorns helps millennials automatically invest their spare change into a diversified and customizable portfolio. There are money-saving apps specific for grocery shopping, couponing, freelancing, and so much more. (See also on WiseBread.com: 7 Apps That Make Budgeting Fun — No Really!)

While retirees generally lag in technological proficiency, there’s been great improvement in recent years. All told, 58% of people 65 and older go online, according to the Pew Research Center, which marks an impressive increase from 14% in 2000. The app and website Life Reimagined by AARP is one example of a highly-rated financial and social planning tool for retirees of all ages.
5. Volunteer in Exchange for Free Tickets

Americans 55 and older spend 5.3% of their budget on entertainment, which is slightly more than the entertainment spending of all Americans, according to U.S. Bureau of Labor Statistics. Perhaps older Americans could benefit from this tip straight out of the millennial playbook: A little volunteer work can go a long way to get you access to concerts, festivals, and sporting events. Many theaters, stadiums, and festival grounds offer volunteers free tickets to events in exchange for some time spent charitably directing parking or ushering the aisles.
6. Talk It Out

Millennials are markedly open when it comes to discussing their financial woes, worries, and successes. Not only are they quick to seek expert advice, but they are also undeterred from engaging in frank financial talks with friends, spouses, parents, co-workers, and others. Retirees who come from a generation that largely believed that it’s rude to talk about money in public could learn from the younger generation’s fiscal transparency. Experts say that open conversations about finances can help save relationships, especially intimate ones. They can also lead to people to better address their financial concerns, which can help prevent financial crises from building up later on down the road.