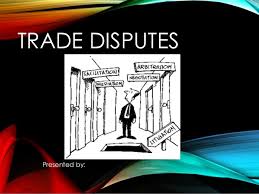 GENEVA The world’s highest court for resolving international trade disputes is clogged up with big and complex cases, and the congestion is unlikely to clear soon, its most senior member said in a speech on Thursday.

Ujal Singh Bhatia, chairman of the Appellate Body of the World Trade Organization, said he and his six fellow appeals judges were already dealing with five big appeals and five more were likely to land in their laps in the next six months.

“By the end of the year, if all five of the projected appeals materialize, there will be further delays of several months in fully staffing and taking up these appeals,” Bhatia told an audience at the WTO in Geneva.

“This problem cannot be expected to go away by itself.”

The WTO is run by its 164 members, and any change to its rules or working practices needs to be agreed unanimously. Even the smallest tweak to the rules can be contentious.

Reform of the WTO’s dispute settlement rules has been on the table for years, but there is no sign of progress.

Bhatia said the rules were set up to ensure prompt resolution of disputes, because “in the world of commerce, time really is money”. But in recent years, the system had “substantially ceded ground on this”, he added.

More disputes were now being appealed, especially the more complicated ones, and more cases went on to a second stage where the parties argued over whether or not the defendant had complied with the original ruling, he said.

The largest WTO cases include a dispute between the European Union and the United States over funding for aircraft giants Boeing and Airbus, and a four-country attempt to stop Australia’s stringent anti-tobacco laws.

During the tobacco dispute, Australia complained that the countries that brought the litigation were deliberately holding up proceedings to discourage other countries from introducing similar anti-tobacco legislation.

“To the extent that delays in dispute resolution involve delays in the assertion of the rule of law, they provide an incentive to those who benefit from those delays,” Bhatia said.

He added that slow resolution of disputes would encourage member countries to “look for other solutions, potentially elsewhere”.