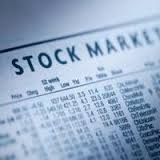 3 Ways to Protect Yourself if Trump Fails

What an incredible year it’s been in the stock market. The Nasdaq has soared over 29%, and the DJIA and the S&P 500 are both trading higher by more than 15% during the last 52 weeks.Investors rejoiced as the Trump administration made one broad-reaching, bullish proclamation after another. Talk of revitalizing the American economy, major tax reform, and huge infrastructure spending has supercharged core industries, taking the stock market along for the ride.

It’s seemed like there’s been nowhere to go but up as Trump-driven enthusiasm sweeps the economy.

Investors Beware
The old saying holds true for the stock market: What goes up, must come down. Historically high levels hit a significant speed bump on May 17, with a sharp decline across the board. While the market quickly recovered, it revealed a major disconnect in the Trump-fueled rally.

Remember, the stock market is an anticipatory mechanism, meaning it moves based on what is expected to happen rather than what has occurred. The dramatic enthusiasm for change is being tempered by political challenges. The President’s rhetoric is no longer enough to power the economic boom — investors want the promised changes to actually materialize.

Frustration is starting to set in as Trump’s struggles to institute his reform packages in the face of incredibly negative media and political pressures. Even as the market continues to push higher, Trump’s approval ratings continue to decline. This disconnect may be a harbinger for bearish days ahead.

A recent Bank of America Merrill Lynch money manager survey discovered that the greatest number of investors in over 16 years think stocks are overvalued. The surveyed managers added that the United States has the most overvalued stocks on the planet while eurozone and emerging market stocks remain a bargain.Even professional traders are starting to be very concerned about the market’s continued rally. Steven Sosnick, a senior trader with T3, stated: “Investors are rethinking the speed and effectiveness of a lot of the regulatory help they expected to get from President Trump.”

The reality is that no one knows what pro- business Trump policies will be implemented and what ones will be blocked. There is grave uncertainty in the stock market right now. Fortunately, there are time-tested methods of protecting your portfolio no matter what happens.

Interestingly, stocks have an uncanny habit of surging higher despite an onslaught of bearish news. Confounding rational investors, this well- known stock market phenomenon is called “climbing the wall of worry.” In practical terms, stocks may well just keep pushing higher despite Trump’s failure to push through his policies. But you can’t count on that.

How To Protect Your Portfolio
Sound like a catch-22 to you? Take profits now and miss out on the possible massive additional upside, or hold your Trump-powered stocks with the very real potential of crashing prices?

There are several simple solutions to this dilemma.

The first step is to take a good hard look at your stock portfolio. Look closely at the large-gaining names. Ask yourself if these assets are infrastructure related or otherwise in any way connected to Trump’s proposed policies.

If so, take one or several of these proactive steps.

1. Utilize Stop Orders
Long-term investors with substantial gains are often remiss to use stop losses. They mistakenly believe that every sell-off will be bought, so they don’t fear price drops and ride them out until the shares bounce back. While this philosophy works in a bull market, it can be destructive during bear markets or when stock prices are artificially inflated.

Place stop orders so that you will still have a solid profit if the orders are executed. This could be 10%, 20%, or even further below the current price of the stock. It is a very personal decision, one that you need to make for yourself based on your own goals and risk tolerance.

2. Buy LEAPS And Take Profits Now
Taking profits now can be a sage decision. However, it’s possible that stocks could keep moving higher and you will regret cutting the gains early.

The solution is to buy longer-term call LEAPS (Long-Term Equity Anticipation Securities) to replace the stocks that you sell. Purchasing LEAPS with an expiration a year or more in the future, with a strike price at or near the current trading price, can protect your gains against future uncertainty.

Purchase one LEAPS to replace every 100 shares of stock that you sell. Doing so dramatically lowers your cost basis but allows you to participate in the stock’s price moves.

Sure, if the stock price drops, you could lose the premium that you paid for the LEAPS. However, this amount will likely be far less than the money you would lose if there were a steep decline in the share price. At the same time, should the shares continue to climb higher, moving the LEAPS price higher with them, allowing your gains to compound.

3. A Combined Method
This is my favorite way to protect against downside after sharp gains — combining stop orders and LEAPS. Place a stop loss but also purchase a LEAPS call option that goes into action if the stop loss is hit. This allows you to safely hold the stock, cutting losses when needed but also allowing you to participate in possible upside with LEAPS should the share price rebound.

Risks To Consider: As previously mentioned, the market could simply “climb the wall of worry” higher through the year. However, with proper planning, the only loss you will take is the effort of putting these stopgaps in place.

Action To Take: Consider using stop loss orders and LEAPS to protect your portfolio against potential downside as Trump takes (or fails to take) action this year.

David Goodboy does not personally hold positions in any securities mentioned in this article.

StreetAuthority LLC does not hold positions in any securities mentioned in this article.