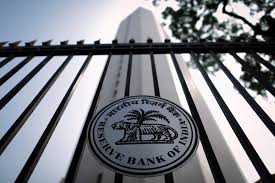 India’s central bank kept its key interest rate unchanged at 6.25 percent on Wednesday, as widely expected, while lowering projections for inflation and striking a somewhat less hawkish tone in a policy statement.COMMENTS

“The tone suggests they are not yet convinced that the fall in inflation is enduring, given risks from farm loan waivers and seventh pay commission. In essence, the RBI remains concerned that a rate cut at this juncture might need to be reversed out next year if inflation returns to the upper end of the 2-6 percent range.

“Our takeaway is that the central bank is likely to maintain status quo for now. The room for a rate cut is contingent on below-target 2Q inflation, which will be available by August review, or shallow bounce in 3Q numbers.”

“RBI keeping the rate unchanged is pretty much in line with what was expected. The SLR cut is in line with the roadmap which was provided earlier and it also frees up quantum for credit growth.

SHILAN SHAH, INDIA ECONOMIST, CAPITAL ECONOMICS  “The RBI did sound slightly less hawkish in today’s statement. Various members of the MPC had previously raised their concerns over core inflation, but these have been pared back a touch. The RBI also revised down its inflation forecasts for this year, and noted that the risks to its projections were “evenly balanced”, rather than being on the upside as it has suggested previously.

“Although we (and the RBI) still expect inflation to rise over the coming months, the slightly softer tone of today’s statement suggests that rate hikes may come onto the agenda later than we initially thought. We have pushed back our expectations for the first rate hike from the end of 2017 to Q2 2018.”

“A distinctly cautious tone while maintaining its “neutral” stance” was a prudent reaction to current macro backdrop. There was little reason for the central bank to change its neutral stance for now till growth and inflationary trends become clear. Excess liquidity in the banking system would have limit the impact of any policy rate cut as it is. While inflation forecasts have been revised down, there are ample upside risks to inflation in the second half of the fiscal and we expect it to overshoot RBI’s projections. Targeted intervention to growth challenges for some sectors by SLR cut is a welcome move though we will need to wait to see how much of it translates into growth in credit offtake.”

“Inflation projections and Real GVA growth for FY 18 have been lowered based on recent data releases. On GST, RBI assesses that it may not have a material impact which is comforting. RBI appears to be against taking premature action on rate front and would like to observe further data prints on inflation and real activity front. The key concern remains the state of banks’ balance sheet including much needed recapitalisation.

“It appears more on the balanced side as neutral stance continues, although he’s raised some red flags at the end.”

“They are mildly hawkish.”

“As of now, chances of rate cut are pretty low. What we have – the two elements are in the form on monsoon and second, how the GST will pan out. Although, the rates are decided keeping an eye on negative non-inflationary but short term supply bottlenecks can’t be ruled out.”

What is happening is that earlier there were concerns on monsoon which now seem to be coming out normal. On GST, also, earlier there were concerns that it could be inflationary. However, now, incrementally there is a view that it could be neutral in nature. Lastly, on the seventh pay commission, yes, RBI has been concerned. But when I talk with people in the government they say that it may not have such a big impact as RBI is forecasting.

Considering that, I think, this new projection that RBI has given today could pan out. Therefore, one will have to see how the monetary policy stance could change going ahead depending on this inflation number.”

“RBI’s stance will be absolutely data dependent. I think the status quo will be intact for 2-3 months. Any policy move will probably happen by end of this calendar year.”

“As long as the inflation is within RBI’s range, we’ll not see a policy change. But if inflation sustains at current corridor, we’ll probably see a rate cut.”

“They (RBI) have yet not gauged the impact of central pay commission.”

“The recent slowdown like the note ban could be transient. Now, the economy is optimally remonetised. So I think we can come back to the old growth numbers of 7 percent in a quarter or two.”

SUDHAKAR PATTABIRAMAN, HEAD OF RESEARCH OPERATIONS, WILLIAM O’NEIL INDIA
“There was no possibility of interest rate cuts at this point, as there is currently a lot of uncertainty surrounding GST implementation and geopolitical issues.”

“We expect the RBI to cut rates in its next policy meeting in August, provided the monsoon progresses well, in line with Meteorological Department’s forecasts, and inflation does not spike after GST rollout.”

“We could see inflation rate going up marginally in H2 2017, depending on how the monsoon and GST implementation play out.”