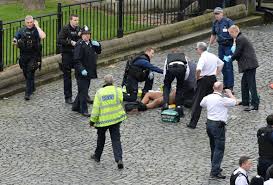 London attacker told Italian police he “wanted to be a terrorist”

ROME One of three jihadis who killed seven people in London last week told Italian police he wanted to be a terrorist when they kept him from travelling to the Middle East last year, an Italian prosecutor said on Tuesday.

British police named Moroccan-Italian Youssef Zaghba, 22, as one of the perpetrators of the June 3 attack, the third carried out by Islamists in Britain in as many months.

Zaghba, whose Italian mother lives near the city of Bologna, was stopped at the airport there in 2016 when he was trying to fly to Turkey, city prosecutor Giuseppe Amato told broadcaster Radio24.

“A person going to Turkey with a backpack aroused some suspicion, also because he told the agent who checked him that he wanted to go and be a terrorist, then he corrected himself,” Bologna prosecutor Giuseppe Amato told broadcaster Radio24.

Turkey has been routinely used by radical Islamists as a route into areas of Syria controlled by Islamic State.

Investigators confiscated Zaghba’s computer but did not have proof of a crime so they had to return the device and pointed him out to London as a possible suspect, Amato said.

“We did not have the elements to prove that he was a terrorist. Some of his behaviour made him suspicious.”

British police said Zaghba had not been a subject of interest for them or the domestic intelligence agency MI5 before he and two others launched their attack.

They rammed a van into pedestrians on London Bridge, then ran into the Borough Market area, and slit throats and stabbed people indiscriminately before they were shot and killed by police.

Zaghba’s mother, who is a convert to Islam, told police she was worried about her son when she went to collect him after he was stopped at the airport, an investigative source said.

Italian media said Zaghba was born in the Moroccan city of Fez in 1995, and had broken off relations with his Moroccan father. He lived in Morocco for much of his life but made short visits to his mother.

At the time of the attack, Zaghba was working in a London restaurant, Italian media said. He spent a total of 10 days in Italy in the past year and a half, Amato said.