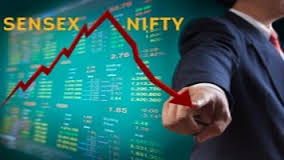 11:30 am New foray: Multi-business conglomerate, ITC, has now forayed into the frozen foods market with the launch of frozen prawns under the ITC MasterChef brand created earlier in the year to roll out export quality spices. The frozen prawns market, currently dominated by brands like IFB, Sumeru, Cambay Tiger, among others, is estimated to be worth Rs 300-crore.

Starting with New Delhi and Hyderabad, ITC plans to sell its frozen prawns in seven metro cities covering 200 top retail outlets in each city, by year-end. The 200-gram packs are priced between Rs 185 and Rs 350 and they will also be sold on online like BigBasket. The company even plans to take care of the delivery if required.

As part of its strategy to enter one new category every quarter, the salt-to-cigarette company next plans to launch vegetable and fruits later this year before moving on to sauces, dips and condiments. However, ITC may consider creating a new brand for fresh vegetables, fruits and organic products. The ITC MasterChef brand will cover only processed and frozen foods.

11:15 am Market Check: Benchmark indices were sluggish after opening at record highs, as consolidation mode set on the Street on Tuesday.

IT stocks Tata Consultancy Services (TCS), Infosys and HCL Technologies gained the most on both indices, while ITC, ONGC and Indiabulls Housing Finance lost the most.

“The project has Final Investment Decision approval, which marks the official start of one of the largest single infrastructure and job-creating developments in Australia’s recent history,” Adani Chairman Gautam Adani said in a statement.

The company has said the project, at an initial cost of USD 4 billion, would pay billions of dollars in royalties and taxes, create jobs and export coal to India help bring electricity to rural regions.

10.22 am Market Check: Equity benchmarks continued to be rangebound after hitting record highs in opening. Investors awaited the outcome of two-day RBI monetary policy due on Wednesday.

TCS was the biggest gainer among Sensex stocks, up 4 percent followed by Infosys, HDFC and SBI while ITC, Asian Paints, ONGC, L&T, Adani Ports, Tata Motors and Bharti Airtel were under pressure.

The broader markets also entered into consolidation. About 1,152 shares declined against 881 advancing shares on the BSE.

10:06 am IPO Listing: India Grid Trust shares started off trade on a negative note. The stock price opened at Rs 99.70 against issue price of Rs 100 on the National Stock Exchange.

It fell as much as 6.3 percent in early trade to Rs 93.70 amid consolidation in the market. Even the subdued response to its public issue, which was subscribed 1.17 times, indicated some correction in the stock.

India Grid Trust, second in the infrastructure investment trusts (InvIT) space, raised Rs 2,250 crore through initial public offering that was opened for subscription during May 17-19.

9:52 am Buzzing Stock: Shares of State Bank of India were higher by around 2 percent intraday on Tuesday as investors cheered the lender’s plan to raise funds.

The country’s largest lender on Monday opened share sale through a private placement at Rs 287.58 a piece to raise Rs 11,000 crore.

This is part of plans to garner Rs 15,000 crore capital from markets in the current fiscal.

9:36 am Rupee Update: The Indian rupee gained further in early trade. It opened at 64.32 against the US dollar, up 4 paise compared with previous close of 64.36 a dollar.

Bhaskar Panda of HDFC Bank said the rupee has showed strength and is trading near the 64.30 a dollar pivot which is expected to hold.

9:25 am Bond outlook: Bhaskar Panda of HDFC Bank said Indian 10-year benchmark bond yield has continued to move down on the expectation of a dovish pronouncement in the coming policy.

He expects the yield to remain range bound within 6.62-6.65 percent for today.

9:15 am Market Check: Equity benchmarks started off Tuesday’s session on a strong note, with the Nifty hitting 9,700 level for the first time and the Sensex also at record high in early trade but could not hold all gains.

Asian markets were in the doldrums today, following the lower close on Wall Street and as markets digested the impact of diplomatic tensions between Qatar and other Middle Eastern nations. Japan’s benchmark Nikkei 225 index declined 0.52 percent.